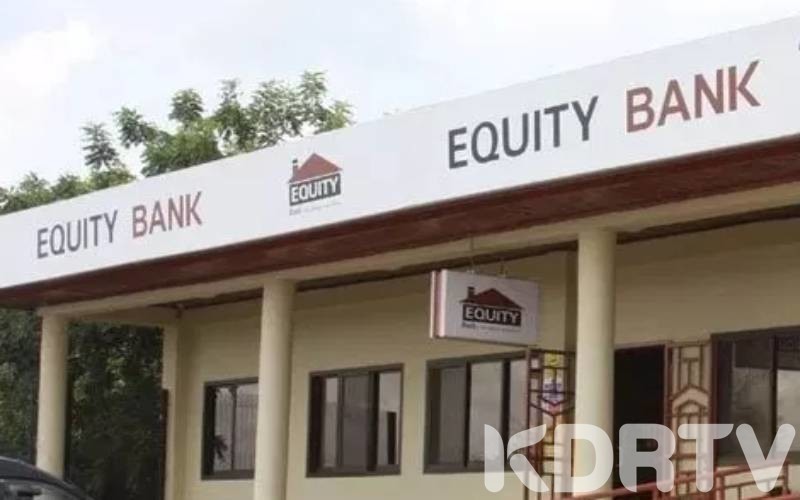 An elderly Kenyan woman is currently facing at the possibility of spending the rest of her life as a homeless person after she lost more than Ksh 970, 000 at Equity Bank in unclear circumstances.

73-year-old grandma Faith Wanjiku opened an account with the James Mwangi led bank in May this year and deposited Ksh 2 million, money she had received after selling a piece of land.

She later withdrew Ksh one million to buy another piece of land. Trouble started when she went back to the bank to withdraw more money as she wanted to build a home in her new piece of land.

Her family reached out to former Statehouse employee Dennis Itumbi for help. Itumbi took to social media to share the plight of the woman he describes as sickly and needs assistance.

So, a 73 year old Grandma, Faith Wanjiku, opened an account with @KeEquityBank in May 2019.

And a story that deserves to be addressed and justice served begins.

Faith, sold her only asset, a piece of land for shillings 2m.

Equity Bank have said that they are aware of the case and that the matter is under police investigation.

“DCI-Thika took up the matter and launched investigations and we shall keep the client updated on the progress of the investigation and endeavour to support her on this matter to its logical conclusion,” reads part of a statement the bank posted on social media.

We refer to a post on social media about the loss of funds from one of our customer's bank account. Once the matter came to our attention, we carried out internal investigations and advised the client on the outcome.

The Bank further assured its customers that they handle matters pertaining to loss of funds with the seriousness they deserve.

“We take any complaints of loss of funds by our customers very seriously and highly regret the anxiety and inconvenience caused to our valued customer in this instance,” the statement said.

Unfortunately, this is not the first case in which an Equity Bank client has complained about loss of funds. A spot check on social media shows numerous complaints from customers.