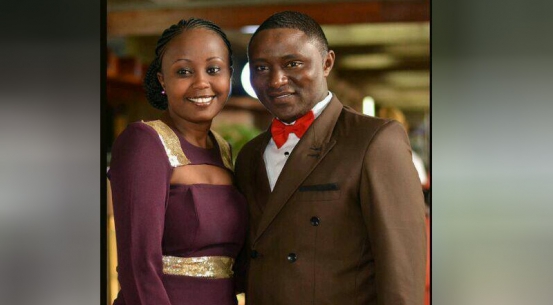 Lingala ya Yesu singer, Piston, has revealed how he used to have sex escapades with different church women despite being married.

Opening up to Robert Burale on his show ‘Oh Men’, Peterson Ngetha revealed how he had several women under his arms after his music career opened up six years ago.

“I met my wife Carol in the second year. We started dating and we got married,” he said in the interview.

“Later, I got a job at a bank. That is when I released the ‘System ya Kapungala.’ There was so much money during that time.”

He said the biggest mistake he did was that after he started making money, he never thought about investing or making sober financial decisions since he was young.

“Money is like a servant, so if you don’t give it work, it will introduce mischief.”

READ ALSO: He Suffers From Jehovah Complex. He Loves Being Worshipped And Praised-Lumumba Warns Kenyans Against Voting Ruto

That’s he ended up with different women, who, almost led to a divorce.

“They would pay me with sex. Purity and faithfulness were thrown out of the window. My wife also found out about it,” he said.

“She left and the embarrassing moment is my parents going to her house and promising that their son would behave. I was being asked questions and I had to accept.”

“My wife came back home but I became wiser in hiding my escapades. She found out again and left again and my parents had to go back and see her parents,” he said, adding that they had agreed to officially divorce.

“But we later agreed to mend things and she never left again.”

The pastor’s son said that he’s lucky his wife didn’t expose him since he was a top gospel personality during this period. He deeply regrets that he didn’t use the money on his wife.

“Only my brother knew what I was up to. God called me but I kept ignoring him. He would tell me that I was being ‘caught’ because he (God) loved me. I went to Arboretum and that is where I accepted God.”