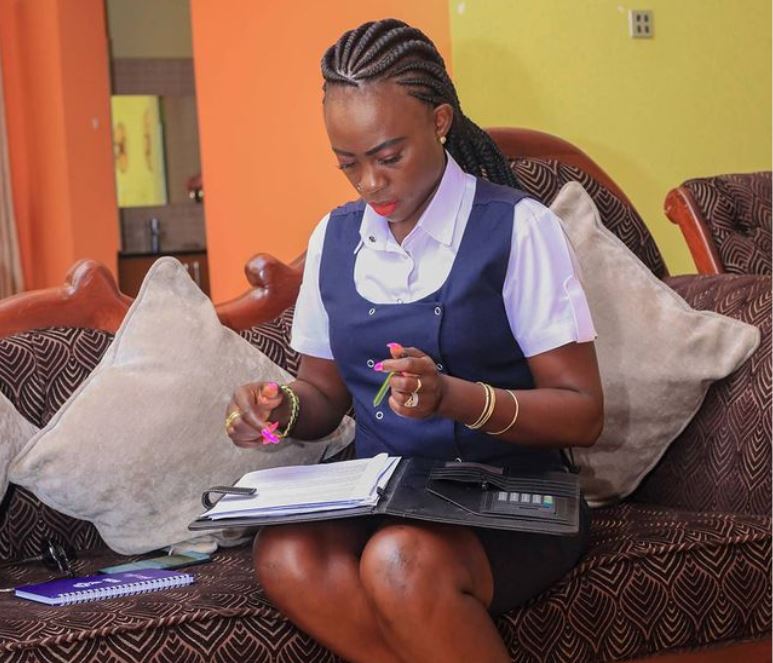 (KDRTV) – A Facebook lady by the name ‘Mamake Bobo’ has come out to narrate what popular controversial singer Akothee did to her current house help.

Mamake Bobo whose account is verified by the social media giant was innocently complimenting her domestic manager’s dress when she unknowingly revealed details that have now sparked a lot of controversies online.

The lady revealed to her boss that the dress was recently featured in a video of a Kamba song done by a popular Kenyan female artist. She then told her that she has another brown one with a white stripe which the artist actually wore in the video.

It all happened on a random day while in her home village in Matungulu, Machakos County. A fleet of 15 cars showed up in their humble home. Well-dressed people got out and went straight to her grandfather who was in the compound. 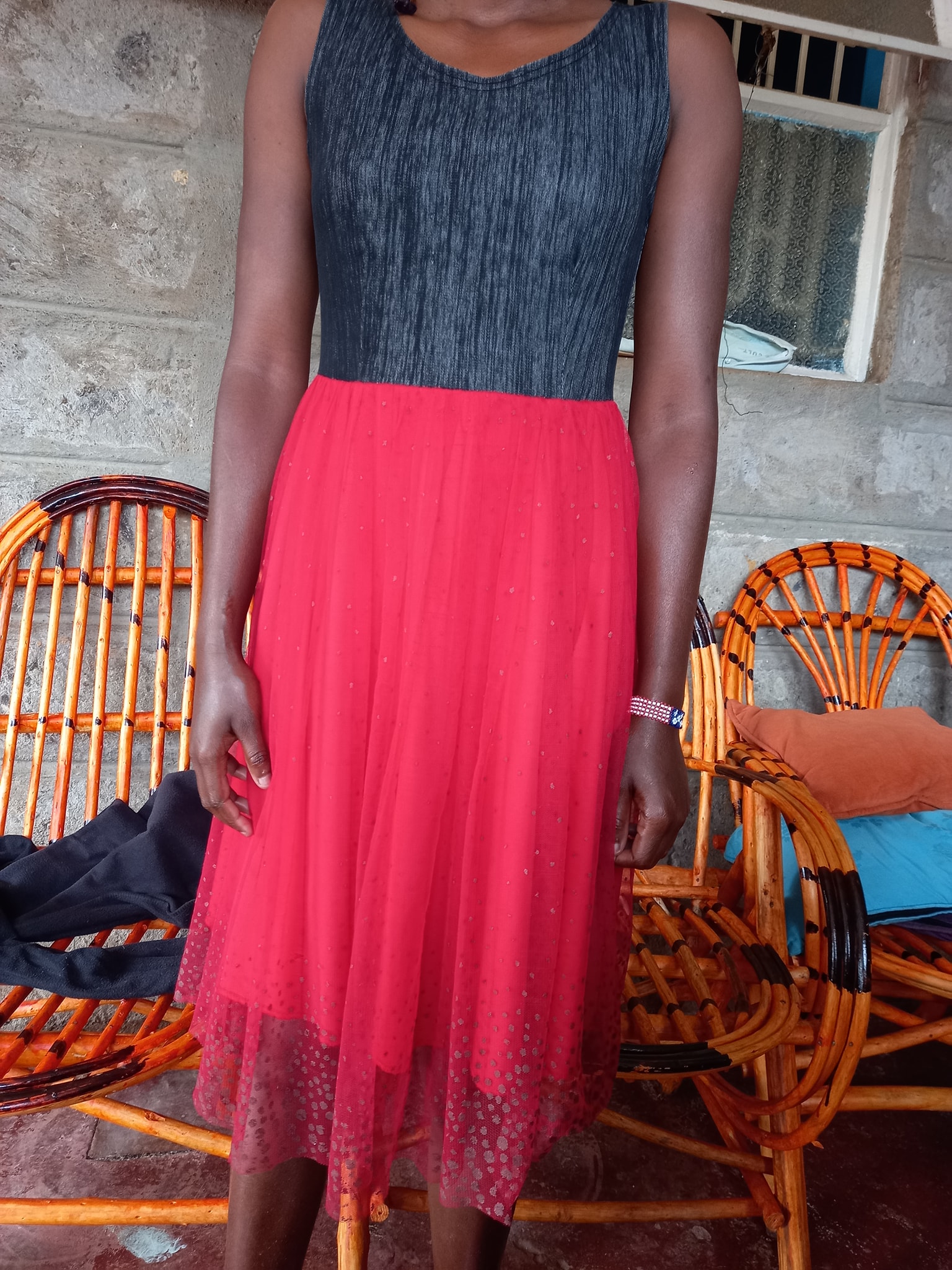 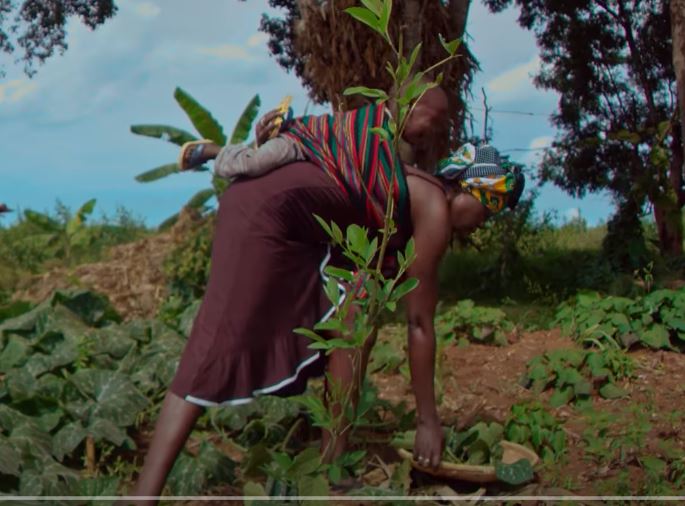 After a short conversation, people were signaled to get out of the vehicles and get down to business. They had sophisticated camera equipment and stuff. Clearly, they were shooting a video.

The poor lady was instructed to cook ugali and meat used in the video. She was also told to give Akothee a dress to wear in the video and a child to carry so as to portray a struggling village woman’s look. She also gave ‘Madam Boss’ her clothes to wash in the video. The pictured dress is the one Akothee washed and hanged in the video at minute 2:05. Check out the screenshot below. 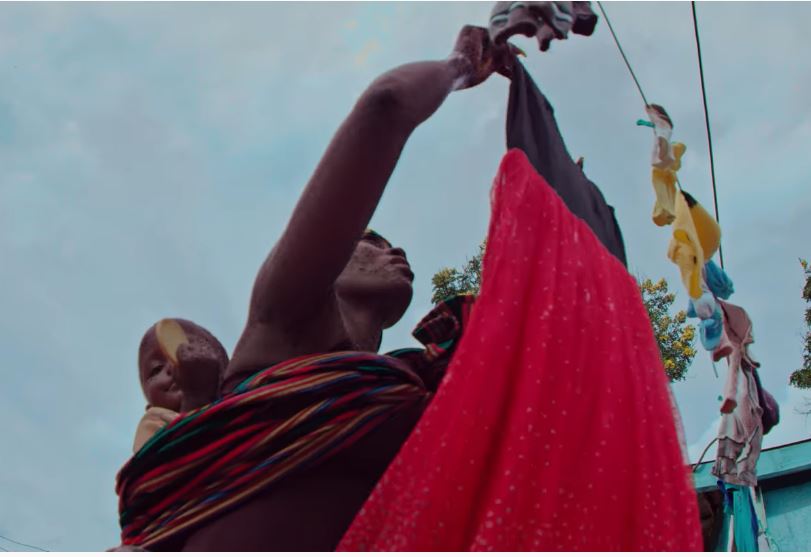 The video in question is that of a song called ‘Mwiituasa’ which Akothee released earlier this year done in pure Kamba language.

What is shocking is that after using the location and all their props, Akothee sent the lady a paltry KES 500. She also sent the grandfather the same amount. Meaning she ended up paying KES 1000 for the location, props, and cast. 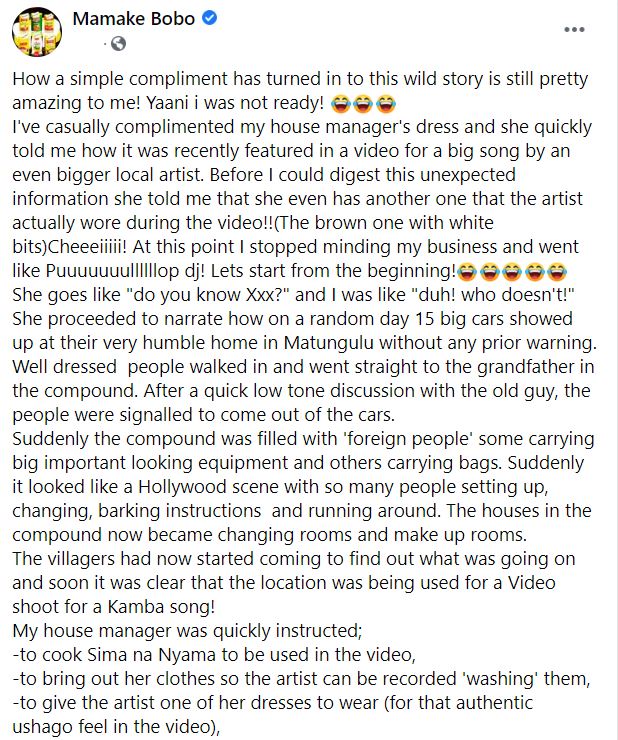 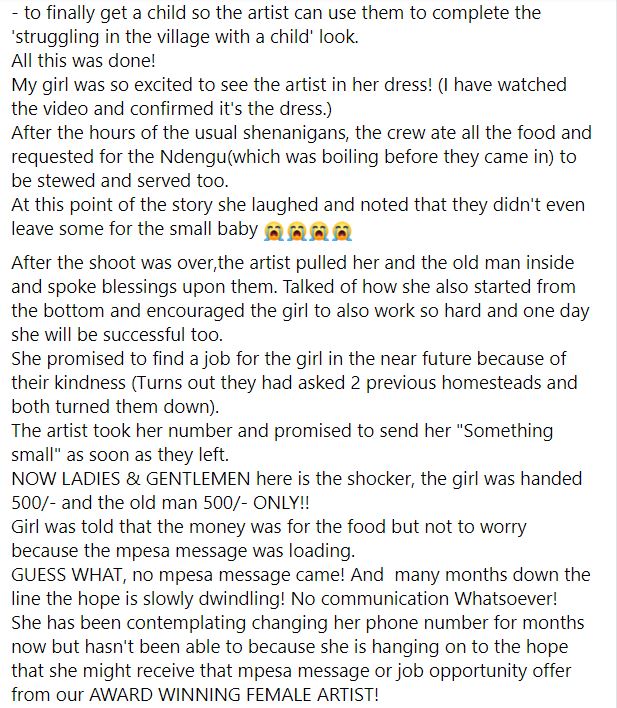 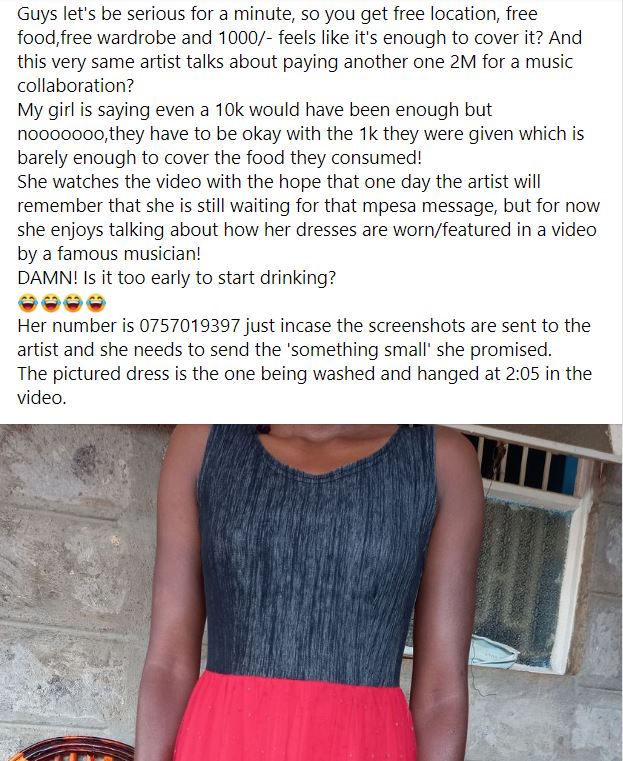