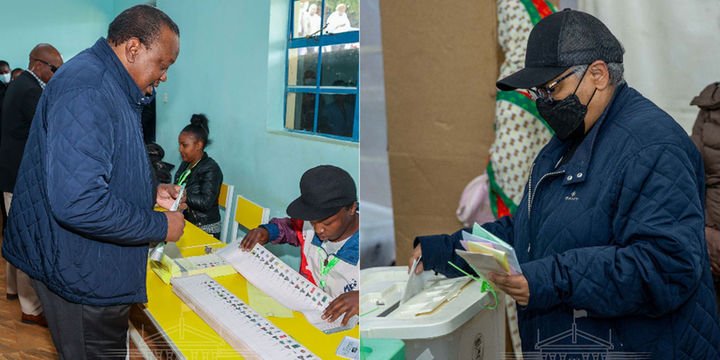 President Uhuru Kenyatta and his wife First lady Margret Kenyatta surprised Kenyans on Tuesday when they were spotted wearing a similar jacket when they were casting their votes.

The first lady has voted in early Tuesday at St Mary’s School polling station in Lavington while President Kenyatta casted his vote in Mutomo Primary School in Gatundu South.

Also Read: What Uhuru said after Casting his vote in Gatundu

While some were intrigued by the fact that the president and the first lady voted in different districts, the navy blue Gant jackets they wore while casting their ballots sparked a social media frenzy. 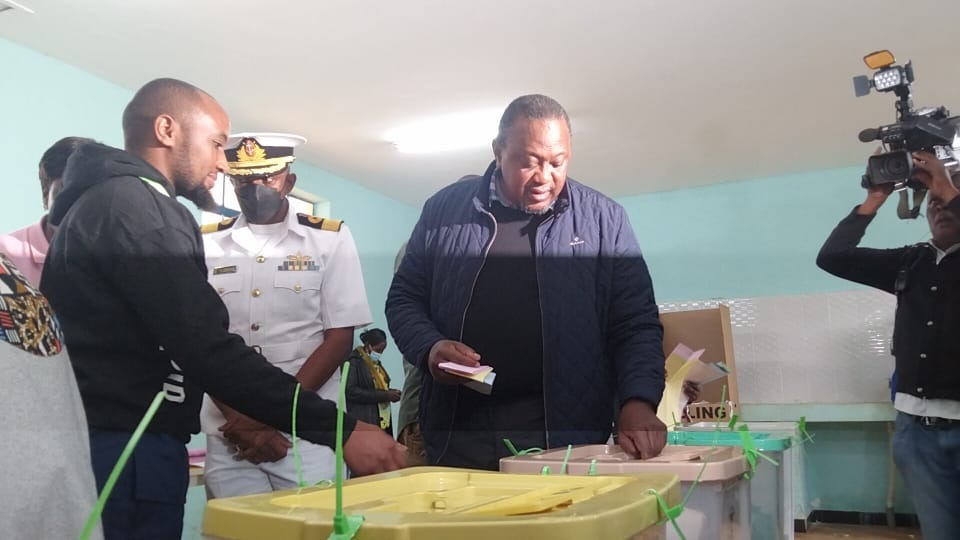 While voting, the First Lady donned a navy blue Gant jacket, but wore a different clothing when she followed President Kenyatta to the Mutomo Primary School polling location, where he was wearing the same jacket. It’s uncertain whether the couple shared the jacket or each had their own.

On their website, Gant describes the jacket as a quilted windcheater with lightweight transitional jacket with recycled padding and a regular fit.

“The jacket has a short collar with a button closure and cuffs with adjustable straps. Fully lined, this piece features slanted welt pockets at the front and elastic at the side bottom hem to keep warm air in. The windcheater is complete with Gant logo embroidery at the chest.”