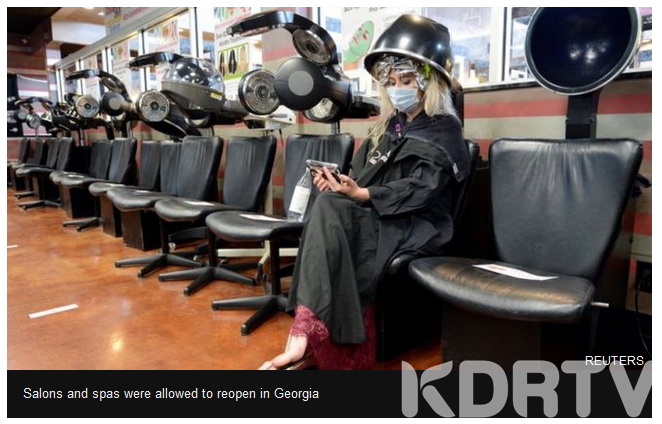 The US reopens partially as Death toll passes 50 000

This has happened even as the death toll of the country passes 50, 000

Since then, the presiednt faced ciritism after suggesting that injecting household disinfectant into patients could help battle the dreadful coronavirus

The doctors and manufactureres said that disinfectants are harzadous substances and can be dangerous to the skin, eyes and respiratory system

However, presiednt Trump reiteriated that his comments made on Friday were sacarstic and thus misinterpreted

However, other estates have decided to to keep their lockdowns in place

KDRTV also recognizes that the Georgia states which has one of the fastest reopening timetable will alllow bowling alleys, spas, hair and nail salons, tattoo parlours and other personal care busniesses to reopen

Again, on Monday dine-in restaurants and theatres will be allowed to re-open

This comes several weeks later after the Chinese Wahun city where the virus originated reoponed.

According to our previous reports, the US also promised to stant with South Africa and Kenya in the battle against coronavirus after President Trump reportedly called his counterparts