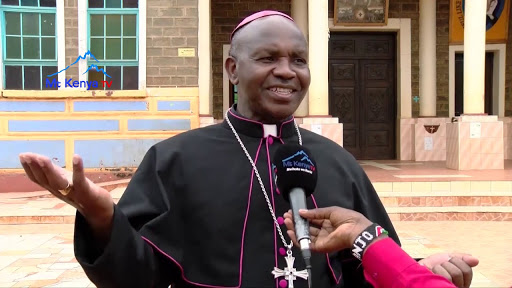 A photo has surfaced online allegedly taken at a burial that took place in Siaya County at a place called Ugenya.

The scene looks like something straight from a Nigerian movie. Something very extraordinary happened just as they were about to place the casket into the grave. The grave was immediately consumed by fire and the priest had to run for his dear life.

Those familiar to such metaphysical things say that it normally happens if the deceased was killed by someone that is also around the grave as they are being buried. Isn’t that weird? An eye witness that had escorted her friend to the same funeral gave an account of what happened. 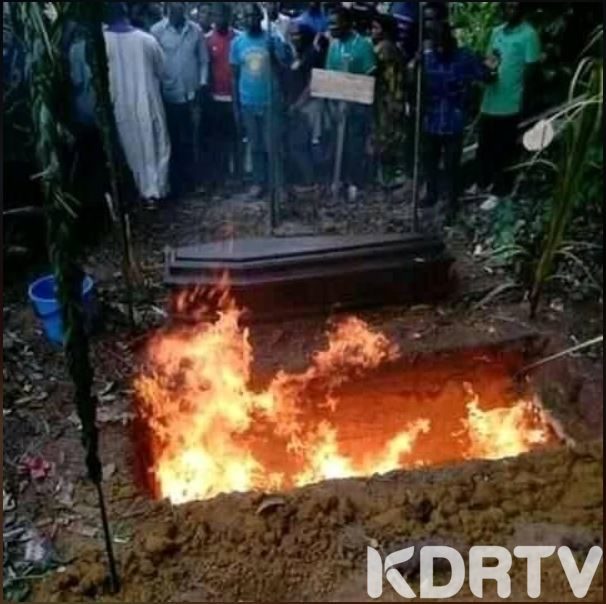 (I had escorted my friend to this funeral together with some other friends. We saw wonders. We had to enter the car and rush back home. This was real, I have never seen something like that but my friend told me it is a normal occurrence in their home area, especially if the deceased was murdered by a family member),” Said Florence Wangechi. 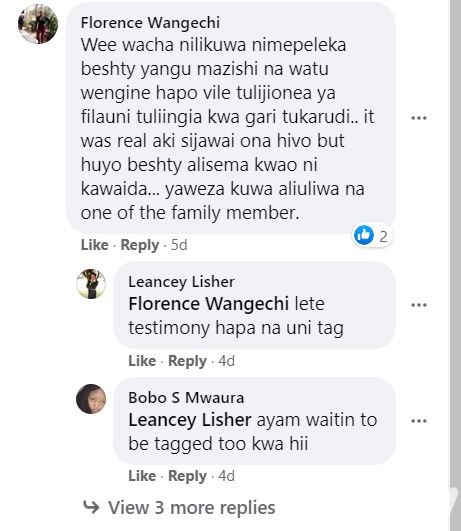 This is not the first weird incident to happen in Kenya. We have seen cases of a car refusing to move depending on what the deceased ‘wants’. This happens especially among the Luhya community of Western Kenya.

The vehicle carrying the casket would also turn and face the opposite direction until the family members or senior community members perform some rituals.

Now this one of a grave being consumed by fire is a new one that most people have never heard about. Check out the photo below and tell us what your reaction is in the comment section below

Subscribe to watch latests videos
In this article:Kenya, Kenya preist