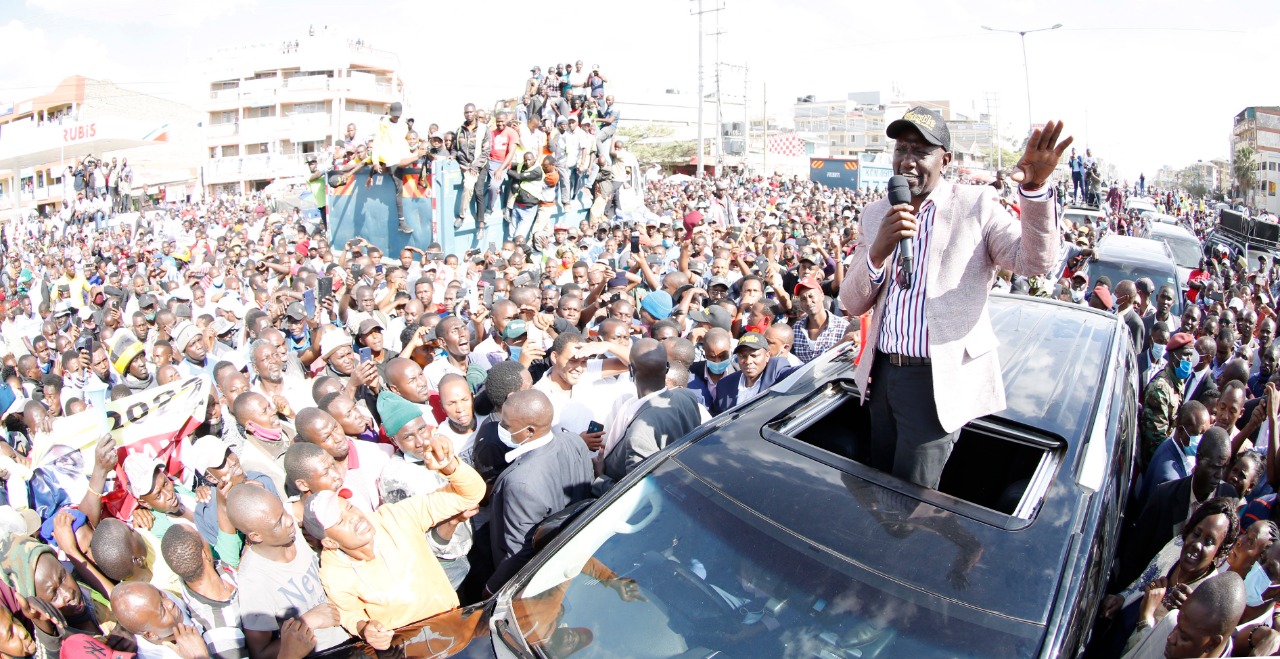 The DP attended two church functions in Kitengela before addressing a multitude of people in Kitengela town. In a what can only be described as a show of might, the DP announced on Twitter that he had 21 lawmakers with him.

During a prayer service at the Kitengela Methodist Church and the ordination of Pastor Gabriel Riamet of the Free Pentecostal Baraka Church, Kitengela, Kajiado County, accompanied by 21 MPs led by Senator Mary Seneta. pic.twitter.com/UbgZvuqk6l

21 MPs in Kajiado, the same region he was recently branded a clerk by Environment CS Keriako Tobiko. That was a big statement.

KDRTV has managed to get hold of the list of the lawmakers who accompanied the DP.

In his speech at Kitengela Town, the Hustler declared that he is ready to face the system. He described the system as a cocktail of criminals.

Do not bow down to intimidations and coercion. The so-called Deep State and System is hot air; it is a cocktail of criminals,” he said.

Kenyans are wise to make decisions about their lives. Ignore and treat with contempt those who want to balkanize the country. Let us embrace oneness. pic.twitter.com/21VJ8zFHGT

He also urged Kenyans to resist any attempts to take back the country to the old way of doing things.

“We are past the politics of ethnicity and hate. Ours is development-leaning politics that will transform our country,” he added.