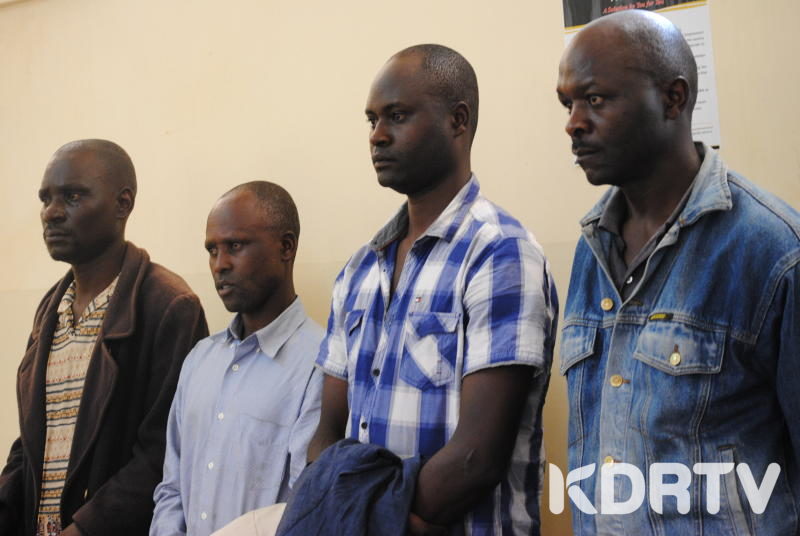 A video that surfaced last week of a man using a machete to butcher a suspected chicken thief has led to the arrest of 26 people, among them being the Chief of the area.

The video captured a man who was butchered and tortured in Kakamega County with onlookers bewildered but with nothing to do.

The Director of Criminal Investigation had dispatched a team of officers that caught up with the killer as well as other suspects that participated directly or indirectly in the murder.

Among the suspects arrested is the village chief who is accused of failing to protect the alleged chicken thief.

The Interior Cabinet Secretary Fred Matiang’i condemned the actions in the video and urged people to follow the right protocol of the law instead of taking actions in their own hands.

Ideally, he said that the incident took place just a few meters from the chief’s office but he failed to offer protection to the man hence succumbing due to the injuries inflicted.

Through a press statement yesterday,  Matiang’i indicated displeasure in manner that things were conducted and ordered for a follow up and thorough investigations regarding the circulated video.

He said that the video was very disturbing and left him wondering why onlookers were so comfortable taking videos yet they could have saved the young man.

According to the Interior CS, the incident had earlier been reported as a case of mob justice hence raising eyebrows as only one person was in action.

A number of suspects were arrested with the DCI promising to bring justice to the deceased man and his family.