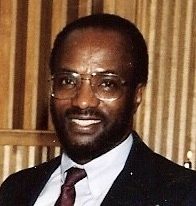 KDRTV- A Kenyan American Mr. Richard Mumia Shimaka died last week in the US  due to Covid-19 complications, raising the number of Kenyans who have died in the Diaspora through symptoms related to the deadly Corona Virus in the USA.

Mr. Richard Shimaka  was born in 1949 in Kakamega County, Kenya, to Zakayo Mbasu and Delila Shimaka. He was the second of eight children, five of whom are still alive.

According to the Family spokesperson Mr.Mukosi, who spoke to KDRTV NEWS Desk, Mr.Richard  Mumia came to the United States for further studies in 1971 after completing his Secondary Education under the sponsorship of Homer L. Veil family missionaries in Kenya and the North Carolina Friends Meeting.

In the U.S., he earned his BA from Guildford College and his Masters in African History from Ohio University. He then moved to Washington, D.C., to pursue a PhD from Howard University.

At Howard University he met Beverly Atkins, whom he married in 1984. He stayed in the Washington, D.C. area for the next thirty years, working as a historical curator at the Smithsonian Institution and then later as a high school teacher in Maryland. He was as a volunteer soccer coach for about twenty-five years, spreading his love of the game to minority youth all over the D.C. metro area.

Mumia stayed an active member of the Quaker Community wherever he lived, including over thirty years of service with the Adelphi Friends and, most recently, here with the Minneapolis Friends.

Mr. Mumia was a kind person and loving family man, he also loved his siblings and the community at large where he was born in Kakamega, where he started various community projects to assist the less privileged in the society based on his strong Christian Foundation values which his parents imparted on him from his childhood.

He was privileged to sponsor some of his friends and family members to immigrate and study in the USA and encouraged others to work hard in their studies in order to better their lives.

Mumia moved to Minnesota in the summer of 2012 after suffering a stroke that left his speech impaired and his mobility diminished. While in Minnesota, he lived in Bloomington under the care of his two sisters, supported by other members of his loving family.

Although physically and vocally impaired, he remained active and engaged—attending Meetings, going to the gym, gardening, cooking, visiting family. Despite being unable to speak, he was able to win friends and positively impact people with his warmth of spirit wherever he went.

One week ago, Mumia was admitted to the hospital and diagnosed with COVID-19. The virus was hard on his body, and on May 31, 2020 at 4:06am Central Time, Mumia Shimaka was finally able to rest.

He is survived by his four children—Rebecca, Mukosi, Lela and Christian. He has been a loving father, brother, uncle and grandfather to his family, and a positive addition to every community he lived in. He was loved by many and will be greatly missed.

1949 in Kakamega, Kenya, to Zakayo Mbasu and Delila Shimaka. He was the third of eight children, five of whom are still with us here today.

CDC requirements and guidelines for transporting a body with a quarantinable communicable disease symptoms are well laid on their website and must strictly be followed to the letter. At this time, COVID-19 is a quarantinable communicable disease in the United States and the remains must meet the standards for importation found in 42 Code of Federal Regulations Part 71.55

Mr. Richard Mumia will be buried on Thursday 4th  in Minneapolis and the proceedings will be streamed live by KDRTV News You-tube and  Facebook Channels from 10:45 A.M to 1:00 PM Central time Zone.

May his soul  Rest in eternal Peace.

Subscribe to watch latests videos
In this article:COVID-19,Kenyan dies in USA due to Covid-19