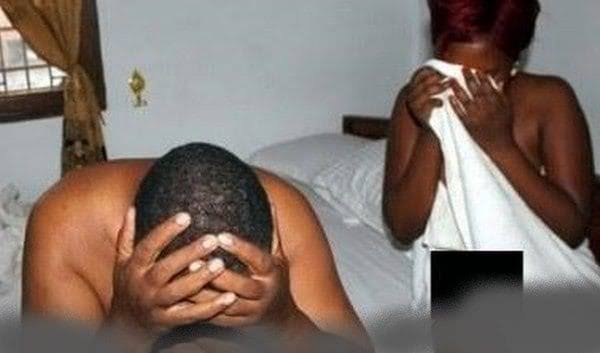 Sonko, while reacting to a Sunday Nation expose that revealed how a Northern Kenyan MP was punished after being found in bed with another politician’s wife, said that men should do everything possible to avoid married women.

“Dame ya Mtu Sumu and painful. It can lead to death,” Sonko said.

According to the viral expose, the MP was allegedly caught with another MP’s wife in their matrimonial bed.

On the fateful day, the wife called his Mpango Wakando believing his husband has travelled. But as the two were in action, the husband walked in pistol in his hand ready to fire.

The Mpango was kando was frozen with fear and even peed on himself following the encounter. A bodyguard of the husband heard the commotion and came in to intervene saving the sorry man from the claws of death.

However, the Mpango was kando didn’t walk away scot-free.

He was ordered to mop the MP’s palatial home naked before the man kicked the two out. 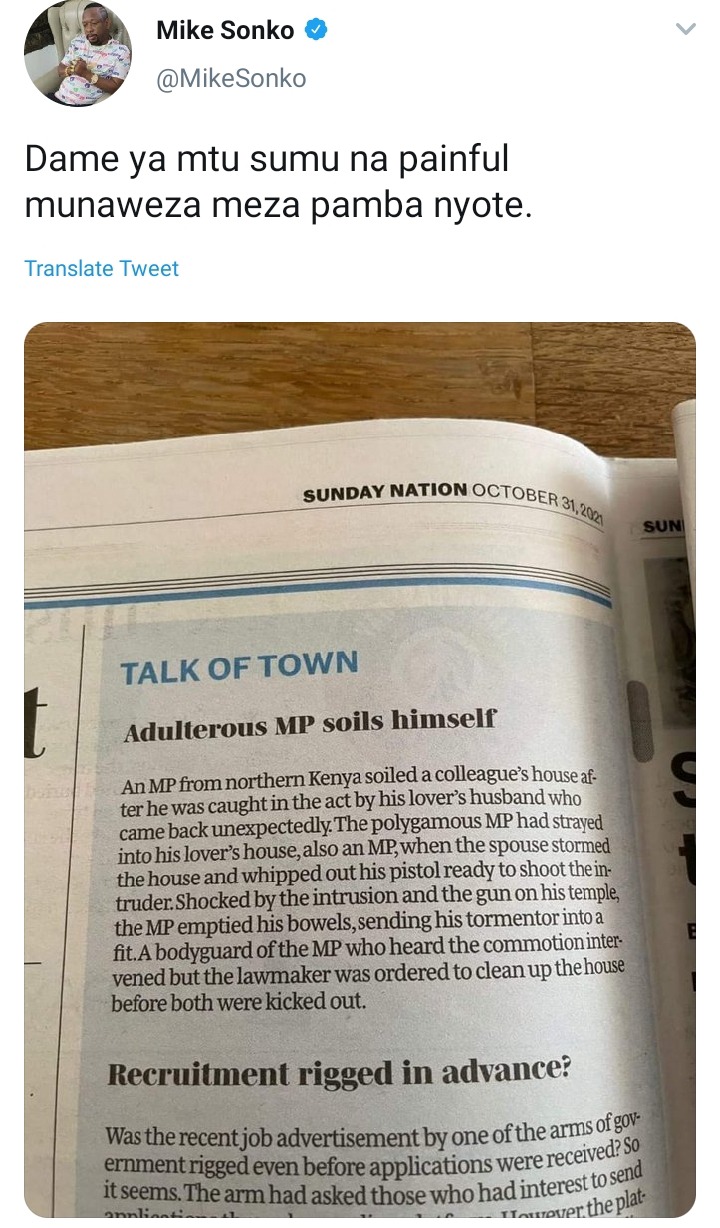 MPs being caught in bed with other men’s lovers isn’t something new.

As reported by KDRTV recently, a popular MP was beaten by university kids after being found by a woman dating one of them.

According to sources with solid information about the saga, the MP from Busia County was caught having a good time with a university girl that brought all the drama.

A male student spotted the two having a good time at the hotel in Mfangano street Nairobi and rushed to inform other male students who stormed the place and gave the old man a thorough beating.

“The MP was left with a torn shirt, a swollen lip and many people ran away with unpaid bills,” the source said.

Police had to come and intervene as the rowdy students destroyed property in the area.