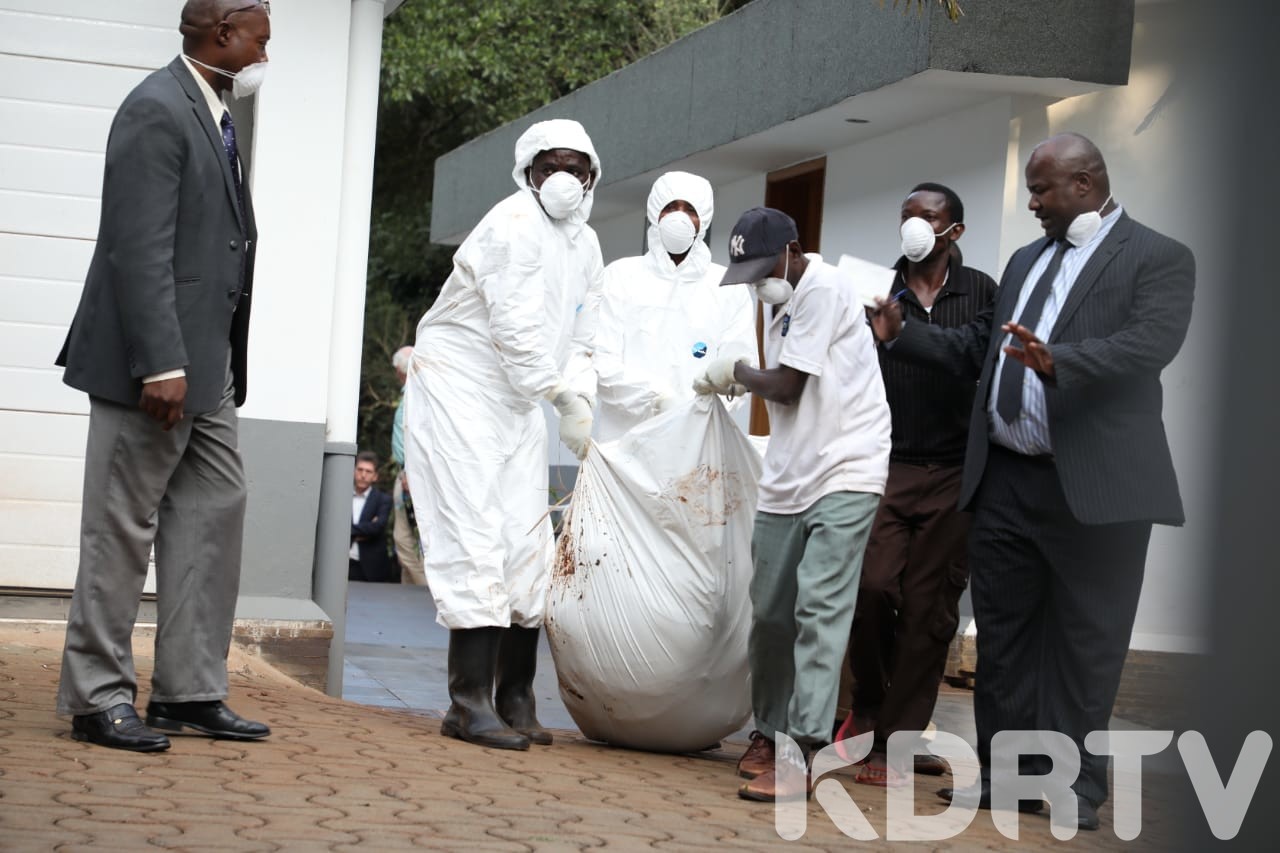 The body of Billionaire Cohen in Hist Kitusuru home. Picture taken from twitter

The body of the missing tycoon and billionaire Tob Cohen has been found dumped in an underground tank, in a state that is indescribable at his Kitusuru home.

The investigations team led by the Director of Criminal Investigations (DCI) George Kinoti have unveiled key revelations that mark his death as murder.

According to the DCI statements while speaking to journalists, the deceased was murdered in his own house and dumped in a bid to cover the acts.

“It is no doubt that he was murdered in the most shameful and disgusting way. I can affirm that this happened here in his own compound and house,” said Kinoti.

George Kinoti: Today, true to our criminal intelligence & instincts as detectives, it is unfortunate that we have discovered the body of the missing Tob Cohen

Cohen was murdered in his own residence; it is a gruesome murder…they took their time pic.twitter.com/v3URIBSDUw

Cohen had been missing  since July 16 and it has been two months of unending search and investigation that finally led to the arrest of his wife and another anonymous suspect.

His deceased body being found has been a relief to many including his sister and the husband, who prophesied to the expectations of finding him dead even before his body was discovered.

Initially, his wife Sarah Wairimu had made endless press conferences with hopes of having her husband back home safe although they were dismissed as a plot to cover up on the murder.

The earlier reports also indicated that Cohen had set up a high security tech around his compound and the drive way, which indicated his movement to having carried a briefcase and driven off in a white car.

However, the DCI has rubbished the CCTV footage claims saying that it had been installed after his disappearance and after the investigations were close to finding out the murder plot.

“The claims that the CCTV footage had been erased are bogus and fake. The CCTV was installed after he had been missing and we have enough evidence to support this,” said Kinoti.

Ideally, it is established that the cement that covered the underground pit that Cohen was found dead in was fresh and not dating back to the two months that he had been missing.

According to Kinoti, the Kitusuru home had been marked as a crime scene and there was no way an outsider would have had access into the home.

Therefore, although he resisted expounding on the matter, he was convinced that the actions led to the other and would be unmasked during the court proceedings.

A friend to Cohen for almost 30 years also disclosed the tribulations that he was facing with his wife, alleging being undermined and mistreated in front of people and guests.

“On the day that Cohen disappeared, we had talked for some time, from 9.30 PM till late in the night. My friend confided in me with some of his worries and said his life was in danger, and his wife Sarah should be liable,” said the close friend.

According to Cohen’s friend, he had confirmed that in case his body was found anywhere and dead, his wife should be liable and culpable.

Cohen’s body was found already decomposed, hands and legs tied to the neck an indication of murdered in the most gruesome way.