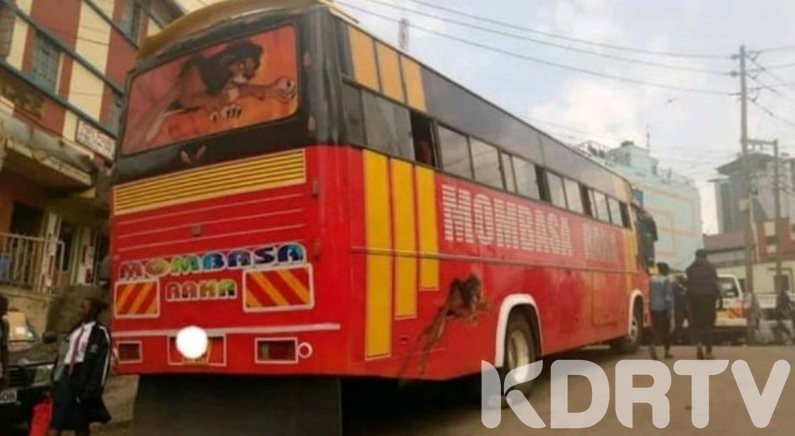 (KDRTV) – Reports reaching our desk are that Al Shabaab terrorists have hijacked a passenger that was traveling from Mombasa to Lamu.

The incident happened at Nyongoro area in Lamu County on Thursday.

According to reports on social media, the bus belongs to Mombasa Raha Company.

Suspected Al-Shabaab militants have attacked a Lamu bound bus at Nyongoro area within Lamu County. The bus was coming from Mombasa and was headed to Lamu. My prayers and thoughts are with those who have been affected by this cowardly attack on innocent Kenyans. (Photo Courtesy) pic.twitter.com/Aq7DZWig0i

Heavy gunfire was heard during the attack with several reports that some of the passengers managed to escape to the nearby bush. They need urgent help.

@DCI_Kenya @NPSOfficial_KE not sure about this, shared as received….

Lamu County Commissioner Irungu Macharia told journalists that he is headed to the scene.

“I have heard of such an incident but I am headed to the scene…I am also liaising with officers on the ground,” Mr Macharia said.

The incident happens just barely after terrorists ambushed a Mandera bound bus and killed 11 people, among them 8 police officers.

The incident happened in Kutulo area, Wajir County on December 6.