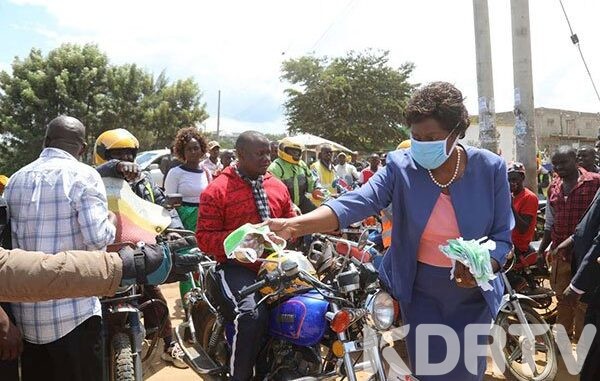 (KDRTV) – Kitui Governor Charity Ngilu is leading the race to be the next chair of Council of Governors (CoG).

The County bosses will vote to elect a new leader this morning as outgoing boss Wycliffe Oparanya (Kakamega) has served his maximum two year terms.

If elected, Ngilu will become the first woman to serve in the position after eight years of devolution.

However, she must first beat off competition from Martin Wambora (Embu) and  Dhadho Godhana (Tana River).

Ngilu’s bid was boosted after her Makueni counterpart Kivutha Kibwana announced that he won’t be seeking a position at COG because it would conflict with his 2022 Presidential ambitions.

“I will not be a candidate for CoG elections. As a 2022 presidential candidate, I have been advised by my team that serving in the next CoG executive can constitute a conflict of interest,” said Prof Kibwana.

KDRTV understands that Murang’a Governor Mwangi wa Iria, who is the outgoing Vice Chairman of the Council, had shown interest in the chair’s position but dropped his bid in the last minute.

Governors James Ongwae (Kisii) and Anyang Nyong’o (Kisumu) are battling for the position of Vice Chair.

Unlike in previous elections where there was intense lobbying, Governors have claimed that the elections won’t be interfered by outside forces.

Read Also: Ugly Scenes as Ngilu’s Lawyer is Kicked Out

“The elections should not be pitting any faction in the political scene. It is about managing devolution affairs and that should be the guiding principle,” a county boss said.

The election will be held at Movenpick Hotel, starting from 10 AM.

Subscribe to watch latests videos
In this article:Charity Ngilu, Council of Governors (CoG)