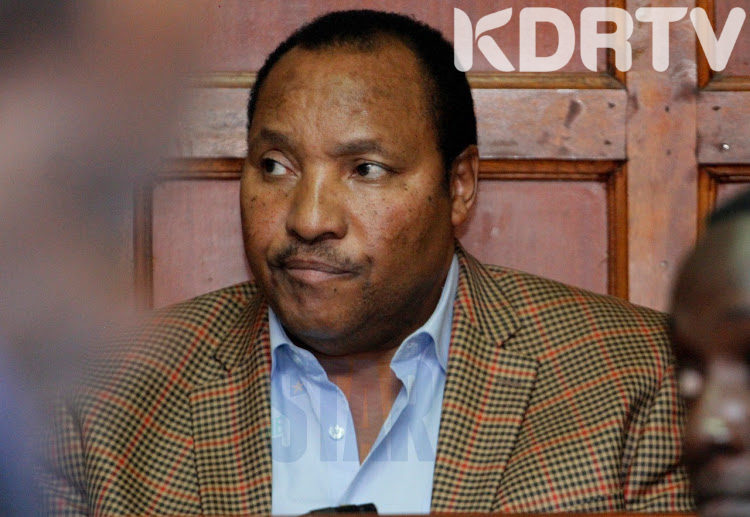 The high court of Kenya on Tuesday froze assets of  Former Kiambu governor, Ferdinand Waititu Babayao and denied him access to his businesses in the Central Business District, Kiambu, Kajiado and Machakos counties to pave the way for investigations.

However, the former governor had been accused of embezzling funds when he was the seating Kiambu governor. The transferring of documents has also been suspended. “An order of injunction is hereby issued restraining the defendants, their people or agents from selling, transferring or dealing in any way with the listed properties pending the hearing and determination of the suit,” High Court Judge, Esther Maina, ruled.

However, the Ethics and Anti-Corruption Commission (EACC) alleged that Waititu registered those properties in his wife’s, daughter’s name and other substitute companies.

On the other hand, Waititu has been accused of amassing wealth that was disproportionate to his known legitimate sources of income. He acquired the wealth illegally when he was holding a position of Member of parliament and later Kiambu governor.

“Investigations established that Ferdinand Ndungu Waititu ‘Babayao’ abused his position of trust as a Member of Parliament – Kabete Constituency and later as Governor – Kiambu County, for private gain by engaging in transactions which were in conflict with the public interest and amassed wealth that was disproportionate to his known legitimate sources of income,” EACC argued.

However, the Chief Justice Martha Koome advised the court to bar the former government since he was impeached. He can only run for various elective posts when all cases are heard and retracted.