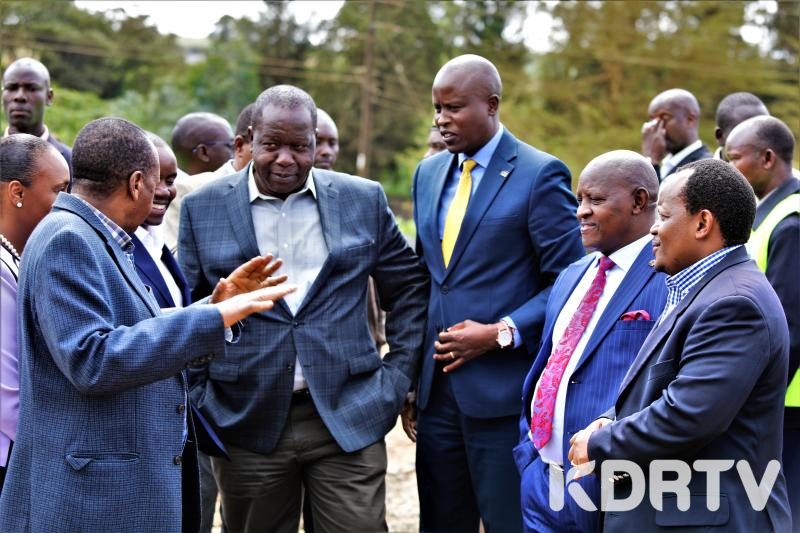 The Interior CS Fred Matiang’i has issued a warning against all gang groups operating across the country.

While visiting Nyeri County yesterday, he addressed the people with firm affirmations that the government had detailed well equipped plans to deal with the re-emergence of criminal gangs in the country.

According to his statement, the gang groups were associated with politicians who funded them for their own personal gains and interests.

“We know all these criminal gangs are as a result of bad politics. We as a government are very well prepared to apply excess pressure and see to it that they are annihilated” said Matiang’i.

The CS during the visit in Nyeri to inspect the projects that were being developed applauded the chiefs together with their assistants for the effort applied in dealing with criminals and crime activities.

The menace of politicians sponsoring criminal gangs to torture and intimidate their opponents also came about, with the CS intervening that their days were numbered.

In this visit, the CS was accompanied by high dignitaries such as the Inspector General of Police Hillary Mutyamabai, Nyeri County Governor and Technology CS Joe Mucheru.

The recent killings by gang members in Mombasa has drawn the country back to the dark days where freedom of speech and movement were controlled by the chosen few.

Insecurity was rampant during those days such that curfews were the order of the day.

Although the reports collected indicated that the gang leader had been shot dead, many youths are being recruited into crime activities due to their joblessness and use of drugs.

The CS promised to deal with every gang groups effectively, not sparing anyone.

He also urged leaders to be on the lookout for any individuals suspected to be practicing such and report to the authorities.

“We have dire knowledge that some youths traveled to Somalia for criminal activities and they are back. The chief an all leaders should share such information so that action is taken against them,” said Matiang’i.