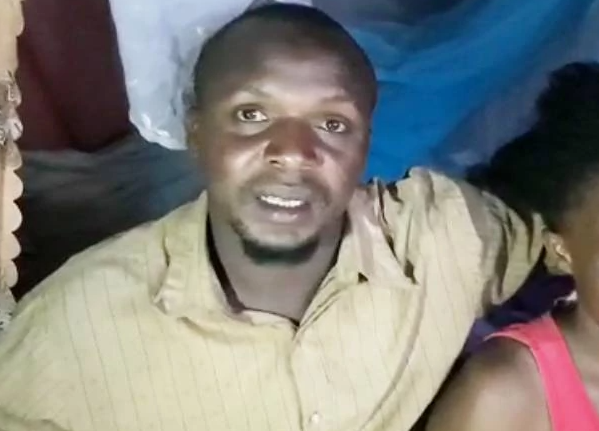 The daring man who stopped President Uhuru Kenyatta’s motorcade on Wednesday, May 26 at Lucky Summer has finally spoken out.

Kepher Nyambane spoke to the media on Thursday where he opened up on his financial struggles and how desperation led him to seize his opportunity to get the President’s attention.

According to Nyambane, he has been struggling to make ends meet and his situation got so bad that his sister had to take one of his three children.

“My sister took in one of my children. The other one, who was recently sent home for school fees, has reported back to school after her head-teacher watched me attempting to catch the President’s attention due to frustration.

“I did not fear being run over by his cars, as it is I am at the end of the road since I cannot provide for my family,” he said.

The father of three walked 1.6 kilometres to Lucky Summer to try to get to the President.

Things would have ended very badly for the chap, who claimed Uhuru actually saved him from the wrath of his security detail.

He however insists the unceremonious meeting with the President was not planned.

“He, thereafter, addressed me, saying: ‘tutaongea, tutaongea before rolling up his car window’,” the man said.

As Uhuru’s motorcade passed by Lucky Summer, Nyambane sprung onto the road as the security team struggled to get him out of the way while residents cheered in excitement.

Things would have gone far worse had the father of three been carrying anything deemed to be a weapon. Luckily, he had no ill intentions.

Make KDRTV your home for the latest Kenya News bookmark our site. Make sure you follow us on Facebook, Twitter, and YouTube to stay Updates with the latest International and local Kenya News.
Subscribe to watch latests videos
In this article:President Uhuru Kenyatta