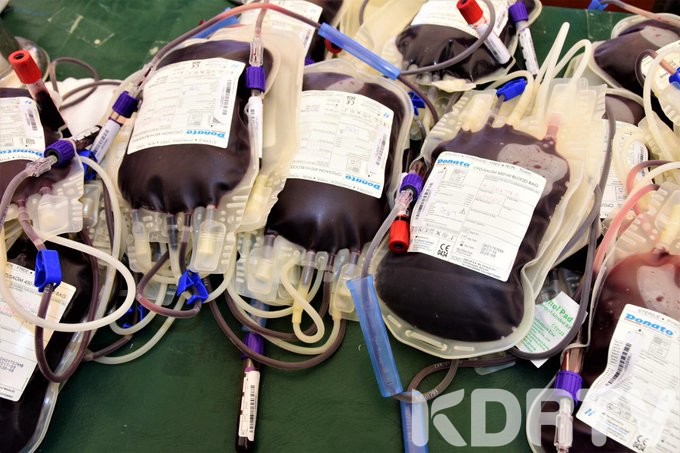 Professedly, the case was launched last week on Wednesday with a focus of revealing the roles played by the officers attached to the KNBTS in smuggling the blood instead of supplying it to Kenyan hospitals

Read also: ‘Angry gods are Hiding Likoni Victims in their Caves, They Want Blood Before Releasing Them!’

While speaking to a local media station, the Health Cabinet Secretary Mutahi Kagwe admitted that there were reports signifying that same

However, the CS did not tender more details regarding the bootlegging but instead issued a stern warning stating that the culprits would be arrested

“There is an investigation going on and we expect arrests to be made. There has been gaps within this sector. We have asked DCI to intervene in the system. We understand that there are people who are selling blood immorally,” Kagwe said.

In a statement on March 6, 2020, seen by KDRTV, the Health CS Kagwe had connected cartels to the shortage in the country where he indicated that it was operating within and outside the country

KDRTV also established that in 2019 counties such as Nakuru, Machakos, Garissa, and Kisumu had recorded a shortage of blood and faulted the KNBTS

“The Ministry is aware that there are criminal elements both within and outside the country who are colluding with outsiders to escalate the problems pertaining to blood countrywide,” Kagwe is quoted.

KNBTS is the only body mandated by the State to collect, test, process and distribute blood and relevant products