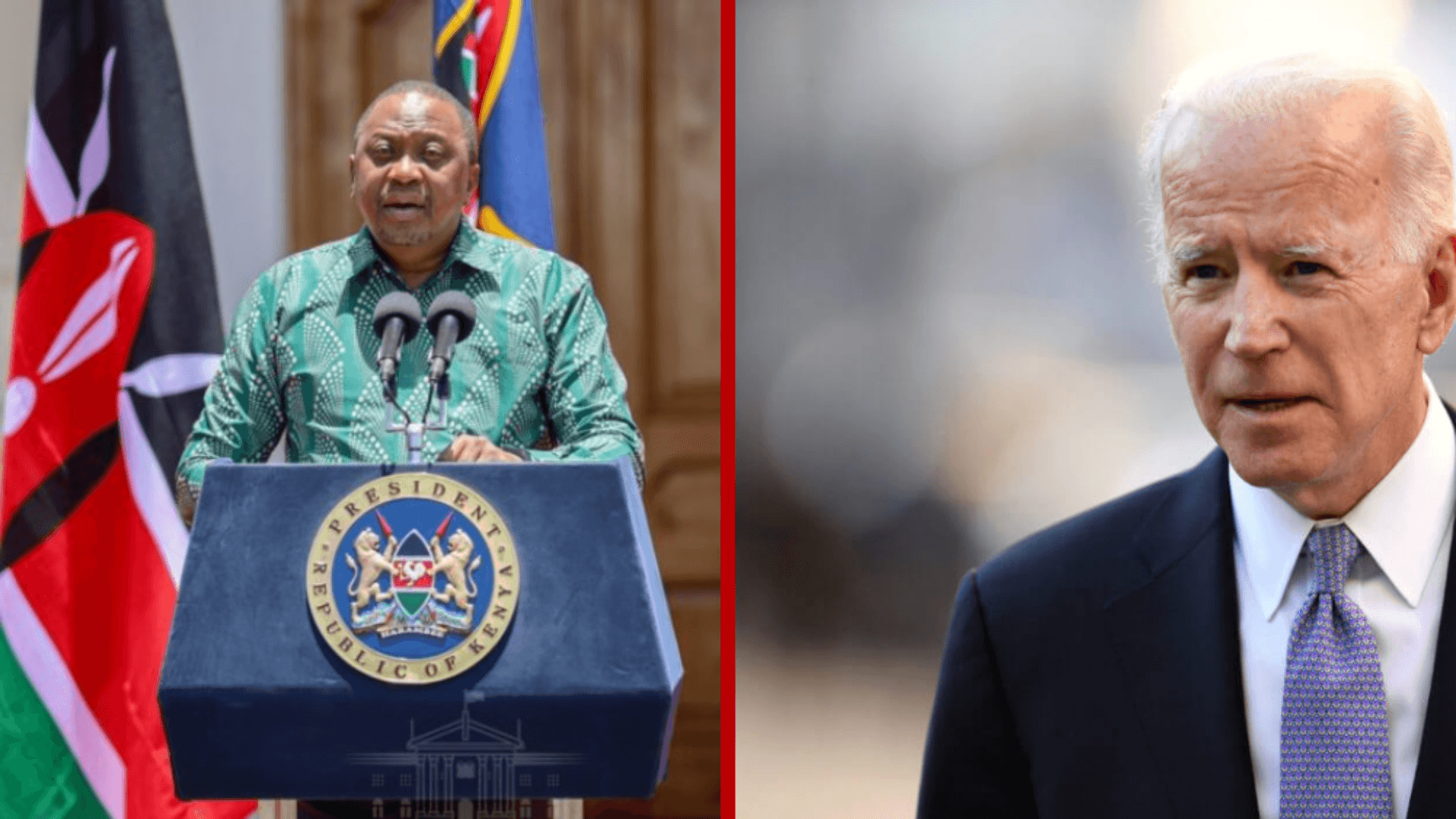 (KDRTV) – US President-elect Joe Biden reached out to President Uhuru Kenyatta in a phone call on Tuesday, the State House has said.

The former American Vice President is said to have offered his gratitude to President Kenyatta over his congratulatory message after winning last month’s elections.

“The president-elect offered his gratitude for President Kenyatta’s congratulations and expressed his appreciation for the strong and lasting ties between our two countries,” Biden said.

The long-serving Senator also expressed his interest in partnerships with Kenya on issues including tackling the threat of climate change, supporting refugees and their host communities, and addressing challenges of regional security and instability.

President Kenyatta had on November 8th, congratulated Biden for winning the American Presidency.

“Americans have spoken loudly and clearly through their votes by picking a highly experienced, colorfully decorated, and long-serving leader to become their next Head of State,” Uhuru said.

Biden is said to have raised concern about the ongoing war in Ethiopia, saying it could destabilize regional peace.

Biden was the Vice President during Barrack Obama’s presidency. We all know about Obama’s Kenyan roots and how his presidency was received in Africa.

Today, President-elect Biden took part in separate congratulatory calls today with the leaders of Argentina, Costa Rica, and Kenya as well as with the Secretary-General of the UN.https://t.co/1lvJbEYFFX

There is a probability that the Biden administration will give special attention to Kenya over these connections. Biden might be the second sitting American President to visit Kenya, after Obama who came into the country of his father’s birth in 2015.

Trump never made a single trip to Africa during his four-year tenure.