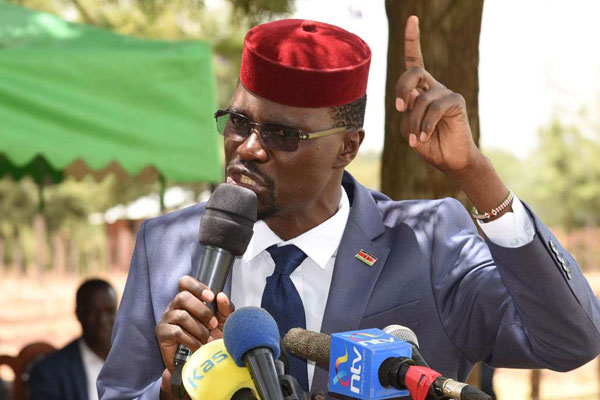 Reelected Kimilili Member of Parliament Didmus Barasa has moved to court to stop his arrest, claiming that the DCI has not fully investigated the incident.

The Ruto ally is seeking to be given an anticipatory bail after he allegedly shot dead an opponent’s aide.

Didmus Barasa claims that the victim Brian Olunga was part of a hit squad that was sent from Nairobi and he was shot by a stray bullet.

“According to a reliable source, the deceased was part of a hit squad that was deployed from Nairobi and was in fact killed by a stray bullet due to wrangles with his confidants. Mr Barasa has been branded a murderer without due process being followed thus prejudicing his right to fair trial…hence the need for the court to grant him bail pending arrest,” Barasa’s lawyer John Khaminwa says.

He argued that the DCI has not investigated the

Inicident claiming that false information about the MP has been spread forcing him to hide for his safety.

“No preliminary investigations have been undertaken but he has been branded as the perpetrator. Due to the negative publicity, he is wary of his safety and hence the need for the court to grant him bail pending arrest. He is fearful that if he is not granted bail, his security will be at risk,” he stated.

“Mr Barasa is under distress following allegations that he might have killed a person…The information is incorrect as he was targeted for assassination by a hit squad. I am further informed  that upon his arrival at Kimilili DEB Primary School, unknown persons started bashing him thus causing chaos,” he added.

This comes barely a day after the DCI gave thr UDA MP an ultimatum of 6 hours to surrender to the police.

Barasa has been re-elected in the Kimilili parliamentary race but the IEBC officials have declined to give the certificate to his agents.