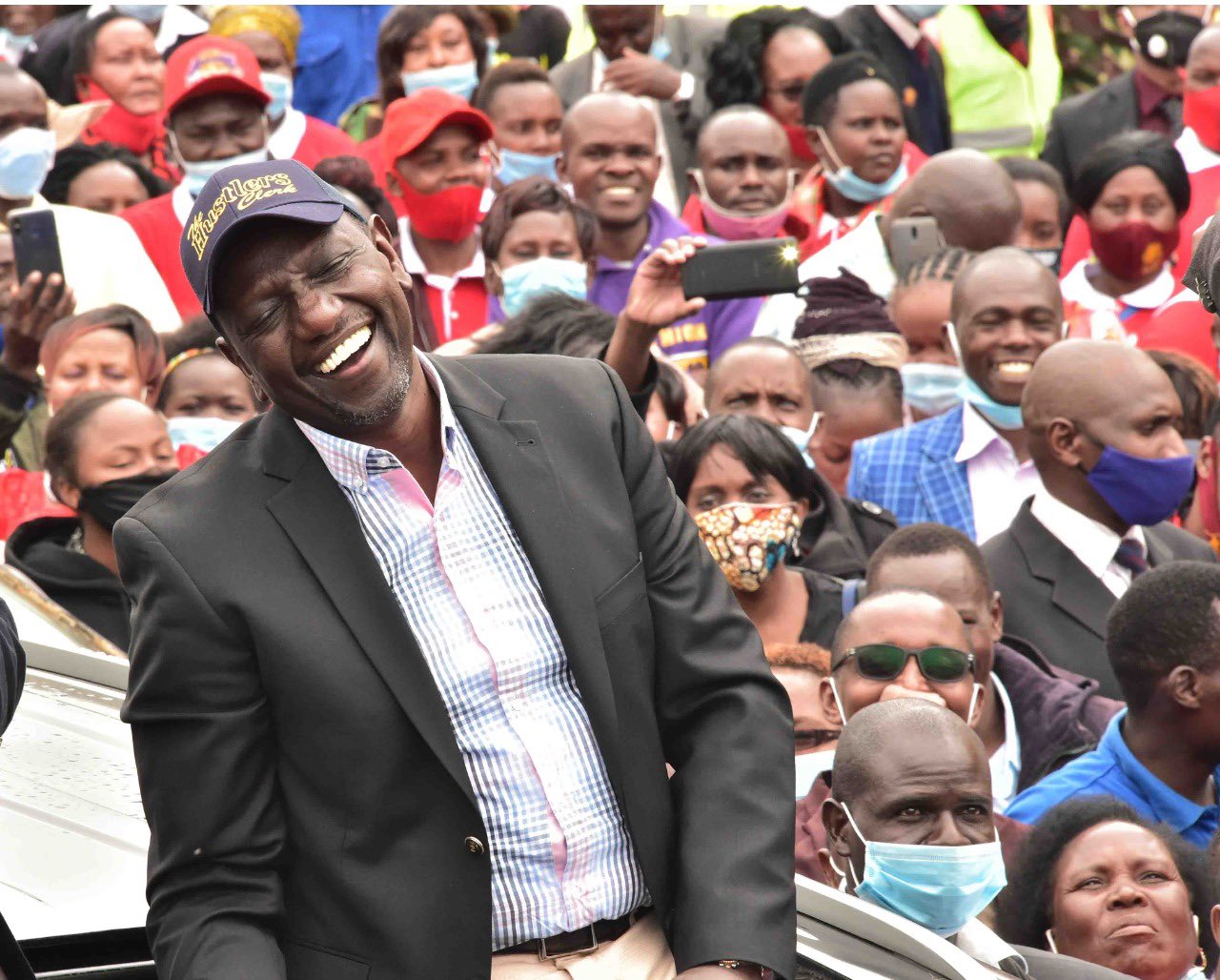 (KDRTV) – Deputy President William Ruto is still not sure about whether he will run for Presidency in 2022.

In an interview with Weru TV on Sunday evening, the DP said this is the reason why he has not settled down on a running mate.

He said Jubilee Party has to first decide if he will be the Presidential candidate before he settles on a running mate.

” I cannot name a running mate now because Jubilee has first to decide who be the Presidential Candidate,” Ruto said in his first interview with a vernacular TV station.

" I cannot name a running mate now because Jubilee has first to decide who be the Presidential Candidate," #RutoOnWeruTv pic.twitter.com/Z7k1w7s60f

The new proclamation affirms the DP’s previous stand on his 2022 ambitions. He has said in previous interviews that he will first present himself to the Jubilee nomination and face off with other presidential hopefuls. If the party delegates reject him, he said he will support the candidate who beats him.

"The hustlers Clerk." H.E Dr. William Ruto is using the stones they throw at him to build his empire. CS Tobiko called him a clerk and boom it's now a brand, Damn. What this people Can't see is they are making him more famous. pic.twitter.com/SQO7NtBuQD

However, that is easier said than done. Currently, Jubilee is split in the middle with a section of party members rooting for a Raila Odinga Presidency.

Some very shocking remarks from Emurua Dikirr MP Johana Ng’eno towards President Uhuru Kenyatta as he defends Deputy President William Ruto. Watch the video. What do you think? pic.twitter.com/WzbEM2fl47

Murathe and Tuju have worked so hard to kick Ruto allies from party leadership positions.

Ruto recently admitted to losing control of the party to conmen and busybodies like Murathe.

Read Also: Is Matiang’i The Man To Stop Ruto?

It is not clear how the DP plans to vie for Presidency on a party that has been hijacked.