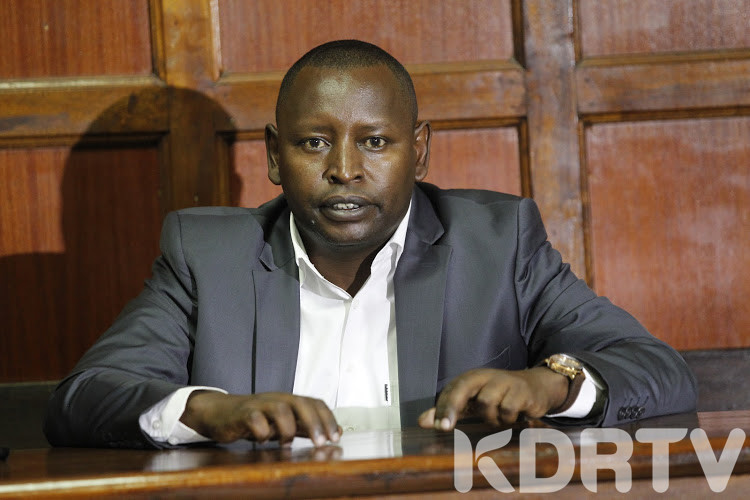 The Director of Public Prosecution (DPP) Noordin Haji now wants the bail of Governor Moses Lenolkulal to be canceled citing the violation of terms.

Read also: VIDEO: Drama as Police Officer is Restrained from Dealing With Sonko

Noordin Haji who filed the petition under the certificate of urgency faulted the governor for violating the terms of the bail by going further to reshuffle his cabinet against what the court had ordered earlier.

The Samburu County boss who was accused of corruption charges reshuffled his cabinet on Friday, December 13, a move that the DPP took seriously and instantly ordered his prosecution lawyer Wesley Nyamache to file a petition.

According to earlier reports, Governor Lenolkulal was fist interdicted in February 2019 by Ethics and Anti-Corruption Commission (EACC) detectives who stormed his Karen home in an early morning hunt which they termed operation to search for evidence connecting the governor with the graft charges.

The EACC linked the county boss with the loss of Kshs2 billion county funds, abuse of the office and conflict of interest.

The governor was faulted for using his company, the Oryx service station to supply diesel to the county government.

In the course of the case, Lenolkulal successfully managed to have his bail be reviewed from Kshs100 million to Kshs10 million.

On of the application of the bail was that he stays away from his office till his case is heard and determined.

Cases linking governors to graft have escalated for the past months with recently the Governor of Nairobi Mike Mbuvi Sonko being arrested in a dramatic incidence in Voi.

The governor was accused of loss of county fund, violation of the office among other charges.

However, he was later released on bail after his arrest divided the political arenas with a section of politicians saying that his arrest was politically choreographed.