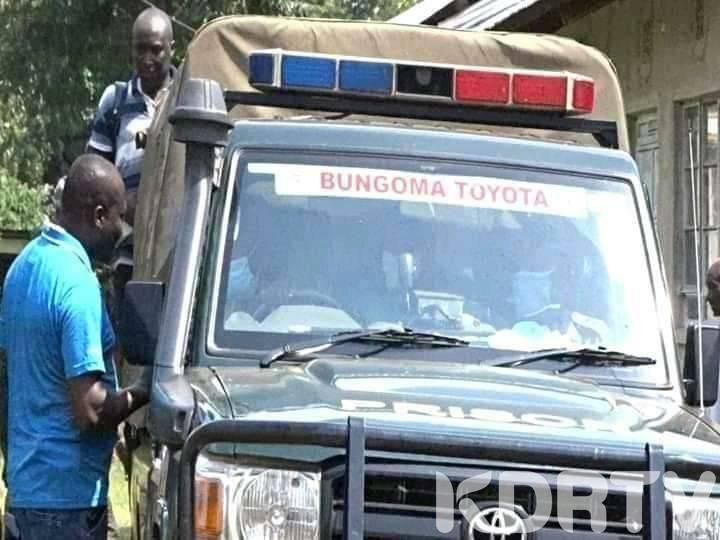 (KDRTV) – Reports that a Busia police officer raped a COVID-19 patient at an isolation centre are not true, KDRTV can confidently report.

Citizen TV was the first to report this sensational story before it was picked by international media including Reuter.

It is true that a police officer was arrested at Agriculture Training College (ATC)isolation centre in Busia on Thursday night after his colleagues found him in bed with a patient. The ATC isolation centre admits patients from the Busia GK Prisons and the nearby community. It is guarded by three prison warders and three police officers.

Busia police officer disarmed and isolated after he was found having sex with a Covid-19 patient at ATC isolation center. The officer chased all the women from the hostel and remained with the lady alone causing commotion at the facility. pic.twitter.com/acIcUSqSWY

Police Constable Emmanuel Ng’etich is said to have hit it off with one of the patients and started a conversation at around 10 PM. It is reported that the conversation was so good and they ended up in bed.

The other police officers went looking for Ng’etich after he went missing. They had noise coming from the female ward. All the patients were outside the ward. On entering the ward, they found Ng’etich and the unidentified woman naked in bed. The woman turned against the police officer and accused him of rape.

However, the other patients said the two were engaging in consensual sex and the story changed after the lady realised they had been found out.

Constable Ng’etich might be guilty of breaching the code of a police officer but he is certainly not a rapist.

Subscribe to watch latests videos
In this article:Busia County, COVID-19 in Kenya, Headlines