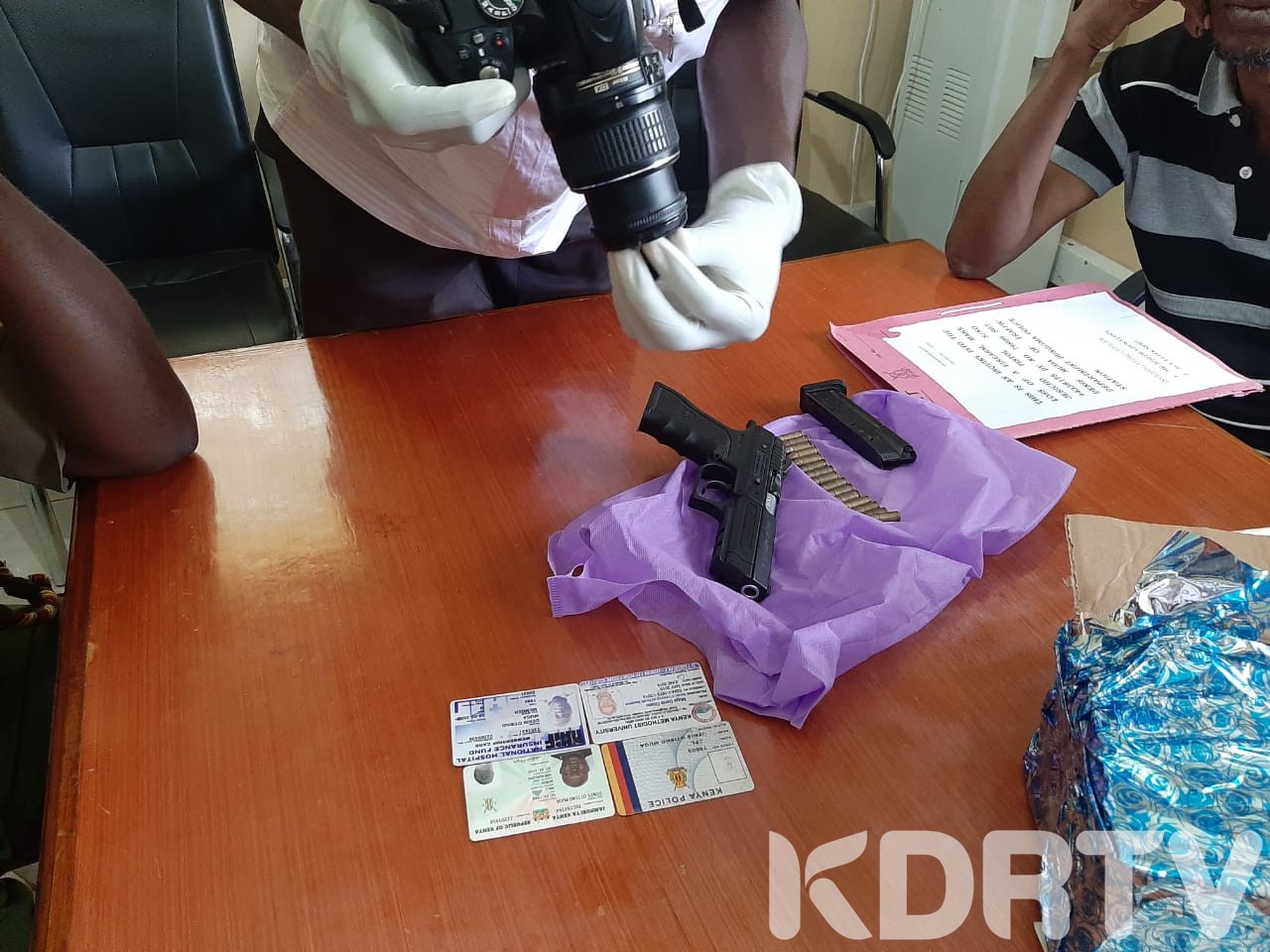 KDRV-A firearm that had been stolen from a police officer attached to Bungoma Police Station has been sent to him as a parcel.

The firearm of serial number 44338175 was part of valuable belongings that belonged to Sgt Denis Muga which he had left inside his car, a Toyota Harrier of registration number SSD 966V before it was stolen from a parking.

A police officer who spoke in confidence said that the incident shocked his colleagues who wondered who had such guts.

“Most of the officers here are shocked and wondering who is capable of pulling such a move,” the officer said.

In a police report seen by Kdrtv stated that the officer had parked his car outside Outlaws Lounge to have dinner only to go back and find it missing.

“On leaving the said Lounge, he found the said motor vehicle together with his items which included the gun, his official IDs and Sh67,000, the said Motor-vehicle sale agreement and other personal items,” a police report revealed.

READ ALSO:Sergeant Kenei Had A lot of Money When He Died

Sgt Muga was then placed under custody and officers led by the Directorate of Criminal Investigations (DCI) boss in Bungoma began efforts to trace the lost firearm.

Cases of police officers losing their firearms have been on the increase in the recent past.

In January, daring thugs attacked a Traffic police officer in Murang’a County and made away with his firearm.

Constable Morris Mwiti was hit with a blunt object as he was manning Murang’a– Sagana road at Kabuta area by three assailants.

In 2019 alone, over six cases of police officers losing their guns were reported and none has been recovered to date.