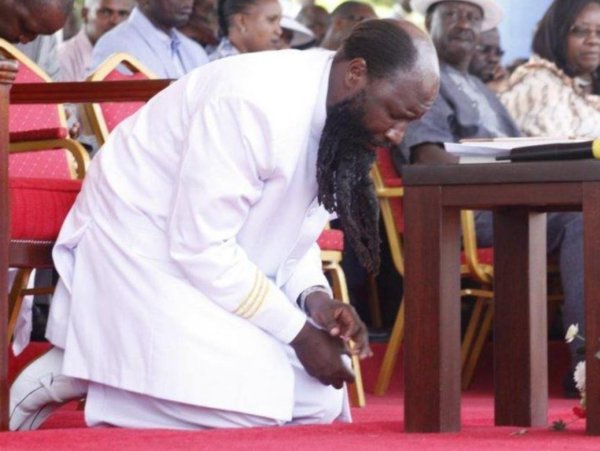 (KDRTV) – A former member of Prophet Owuor ‘s ministry of repentance and holiness has disclosed some surprising information. Owuor can best be described as a liar and a hypocrite according to the guy whose name is Joseph Kinoti.

He found the supposed miracles fake as they do not follow any of Jesus Christ’s biblical expectations of being immediate, total, and permanent.

David Owuor withdrew from his university education and chose to focus on church matters. He moved up through ranks before he began his own ministry. Kinoti took to twitter to share methods that Owuor uses to trick people into thinking he’s done miracles.

READ ALSO: Totally Unimaginable; This Is The Salary A Recce Squad Officer Takes Home In A Month

The brave guy provides an example of a lady named Sandra, one of the people who are believed to have been ‘healed’ by ‘the mighty prophet of God’. Sandra was visited near her home by the shepherds of Owuor to attend one of the crusades with the promise of being cured.

Owuor’s agents seized her walker and coerced her to walk something that was very complicated for her to do on her own. Joseph intimates that her walking was pitiful as her legs had been severely deformed. Then Prophet Owuor told the crowd how she’s learning to walk; an expression he’s known to use over and over again.

Unfortunately, once she got to the stage, Sandra collapsed because her deformed legs were unable to support her weight. Her fall was so terrible because she had no bodies or rails to help protect her.

Joseph Kinoti proceeds to show how Owuor is forcefully robbing the ‘healed’ of their walking aids, wheelchairs, and crutches held as a testament of his healing ability. Both wheelchairs and other walking aids are placed in the same location where the radio station is housed. 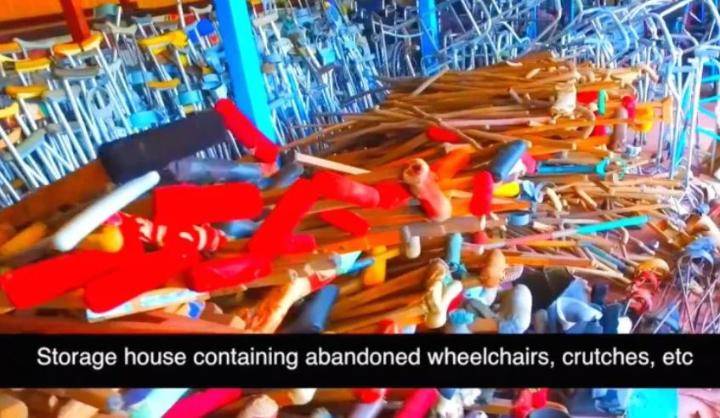 Three weeks later, unfortunately, poor Sandra had to open a fundraiser account to get some funds for her surgery. What is even more surprising is how she did this with Owuor’s acceptance as “her recovery had already been decreed.”