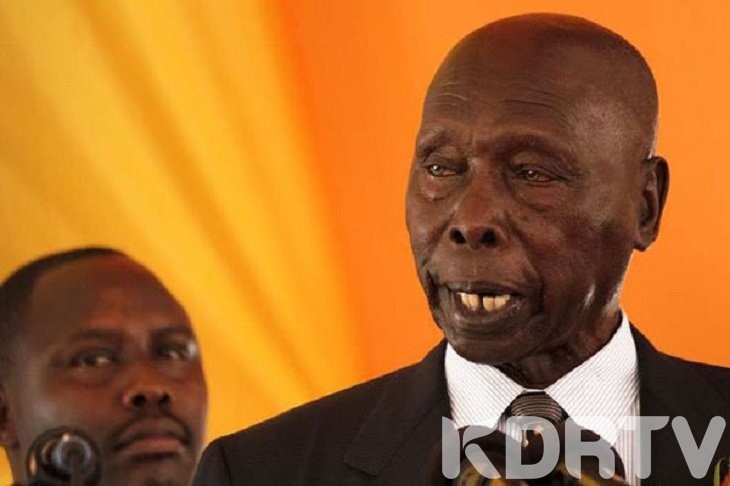 Former President Daniel Toroitich Arap Moi has been admitted at the Nairobi Hospital under unclear circumstances.

This comes barely two weeks after the family confirmed to what was termed a routine check up in the same facility.

On October 11, the former State Boss was under the intensive care and was expected to spend a few days in the facility under close monitoring despite the family failing to disclose his condition.

“Nothing much to worry about. He is there for routine check-up and being attended to by his physician Dr David Silverstein . He is expected to spend a couple of days to allow the doctors sufficient time to check Mzee,” said a close source to Star.

Ideally, the family has not yet made it public the circumstances under which Moi has been admitted, although the speculations indicate that he is not in a stable condition.

Last year, Moi left the Country for Israel to undergo medical check up and was accompanied by his son Gideon Moi.

In January 2017, the former President also underwent a knee surgery at Agha Khan Hospital, in a bid to relieve pain that had troubled him for quite some time.

It was successful and he was released from the hospital, although he kept a low profile until he was up and on his feet again.