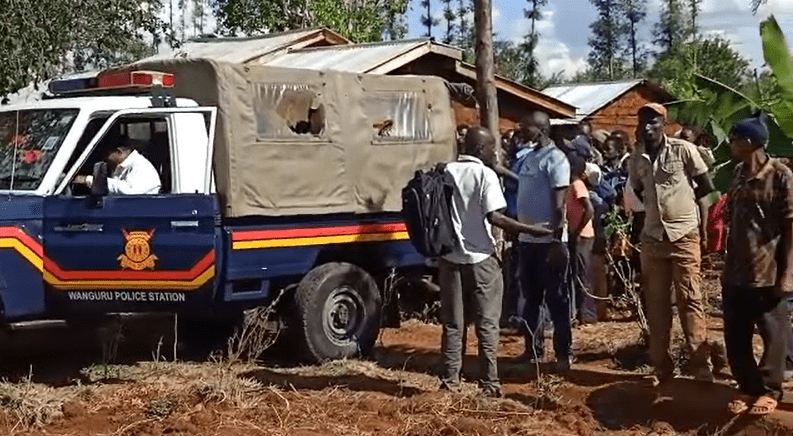 Police in Kapenguria Police Station, West Pokot County were left in total dismay after a man casually walked in and confessed to killing his girlfriend who has been cheating on him.

Nelson Baraza, 29, walked into the police station and asked to speak with the DCIO over a matter he that he wanted to report.

Things, however, took a surprising turn after he was led to him and started confessing without even shedding a tear of how he has just killed his 20-year-old girlfriend, Egla Chepkorir, who was allegedly cheating on him.

“He was led to the criminal investigations office where he told our officers that he had murdered his girlfriend and didn’t want her kin and our officers to spend valuable time looking for her,” DCI reports.

“He, therefore, requested the officers to accompany him to the location where he had committed the crime and left the body.”

READ ALSO: Jalangó Warned Not To Get ‘Fat And Greedy’ After Joining Parliament

The officers probed him further and he even offered to take them to the murder scene almost 10 km away.

“Upon arrival on the foot of Kamatira hills, 10 kilometers away from the station, they were confronted by the body of 20-year-old Egla Chepkorir, sprawled under a tree in the middle of a maize plantation,” DCI added.

Baraza then went on to explain that he lured her to the spot after learning that she had been cheating on him with another man and he couldn’t handle it.

He hanged her with a leso as payback.

“With the pain of betrayal too much to bear, he lured her to the plantation and brutally murdered her using a leso before walking to the police station to book himself for the murder,” DCI said.
“The Kapenguria based sleuths processed the murder scene, recovered the leso used to murder the victim and arrested Baraza for the self confessed crime.”