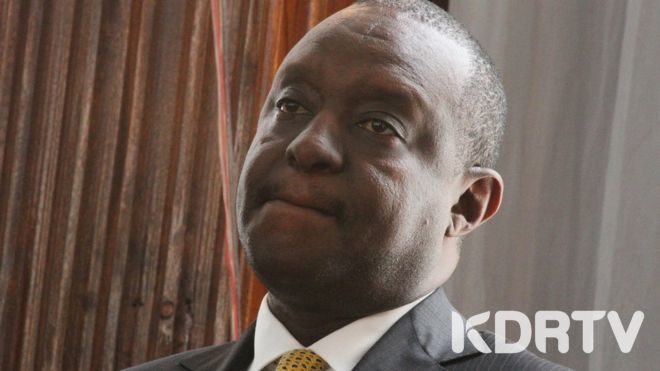 Power fleets and Treasury CS Henry Rotich is  a living proof to how much temporary power and all its trappings are temporary. In a span of 24 hours, the powerful CS had been transformed from one of the most powerful people in government to jail bird who was being treated as a criminal with the same government that bestowed upon him the privileges of power. Sources at Muthaiga Police Station say  Rotich and his Principal Secretary Kamau Thugge shared a cell  and it was rough night for the two because of the inhumane conditions they found in the cells.

Both Rotich and Thugge were allowed at least five guests during their time at Muthaiga Police cells. Insiders say, the two shared a single mattress on the floor where each was given a blanket for the night. However, they were not mixed with other prisoners because they were regarded as high profile guests of the state. The two did not eat food at the police station, but ate dinner brought by their families.

”He seemed relaxed and ready for anything. He and the PS understood, from their experience, why the police have been in need of money to construct and renovate police facilities,” said an officer who asked not to be named.

On Tueasday morning, the two were lined with other detained suspects and roll call taken before being driven to Pangani Police Station where they met arrested officials of the Kerio Valley Development Authority who had also been detained overnight.

They would later be bundled inside a police subaru and driven to the Milimani Law Courts to face their charges. The two were freed on 15M cash bail each.