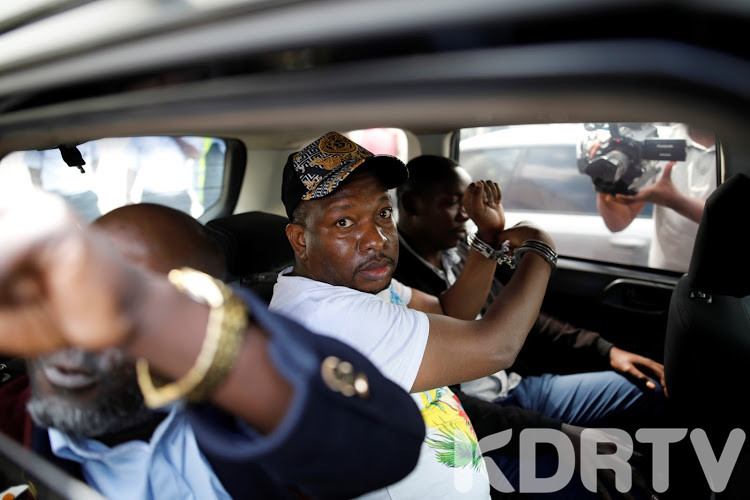 (KDRTV) – Detectives from Ethics and Anti-corruption of Commission (EACC) were shocked when they met hundreds of Nairobi Governor Mike Sonko’s supporters at his Upperhill office on Tuesday.

The detectives arrived at the residence in Upper Hill with tens of police officers. They used their vehicles as ladders to scale the gate. Unfortunately, they found hundreds of people inside the compound. It seems Sonko had been informed of the impromptu visit and acted accordingly.

The detectives told Sonko’s aides that they were conducting the valuation of the property. The detectives were forced to leave the premises without achieving anything after a three-hour stand-off.

Sonko is accused of acquiring the land estimated to be worth Ksh 500m from which the office sits on. The land was previously owned by  Kenya Railways pensioners.

Sonko acquired the property from the pensioners in April last year. He paid Ksh 144.6m one week after the property and agreed to pay the rest within 90 days after the final transfer. EACC claims the land was undervalued is also investigating the source of Sonko’s money.

Sonko has been at loggerheads with EACC since his dramatic arrest in December last year. The County boss was accused of awarding of tenders worth 357 million. The Governor is accused of benefiting from the tenders.