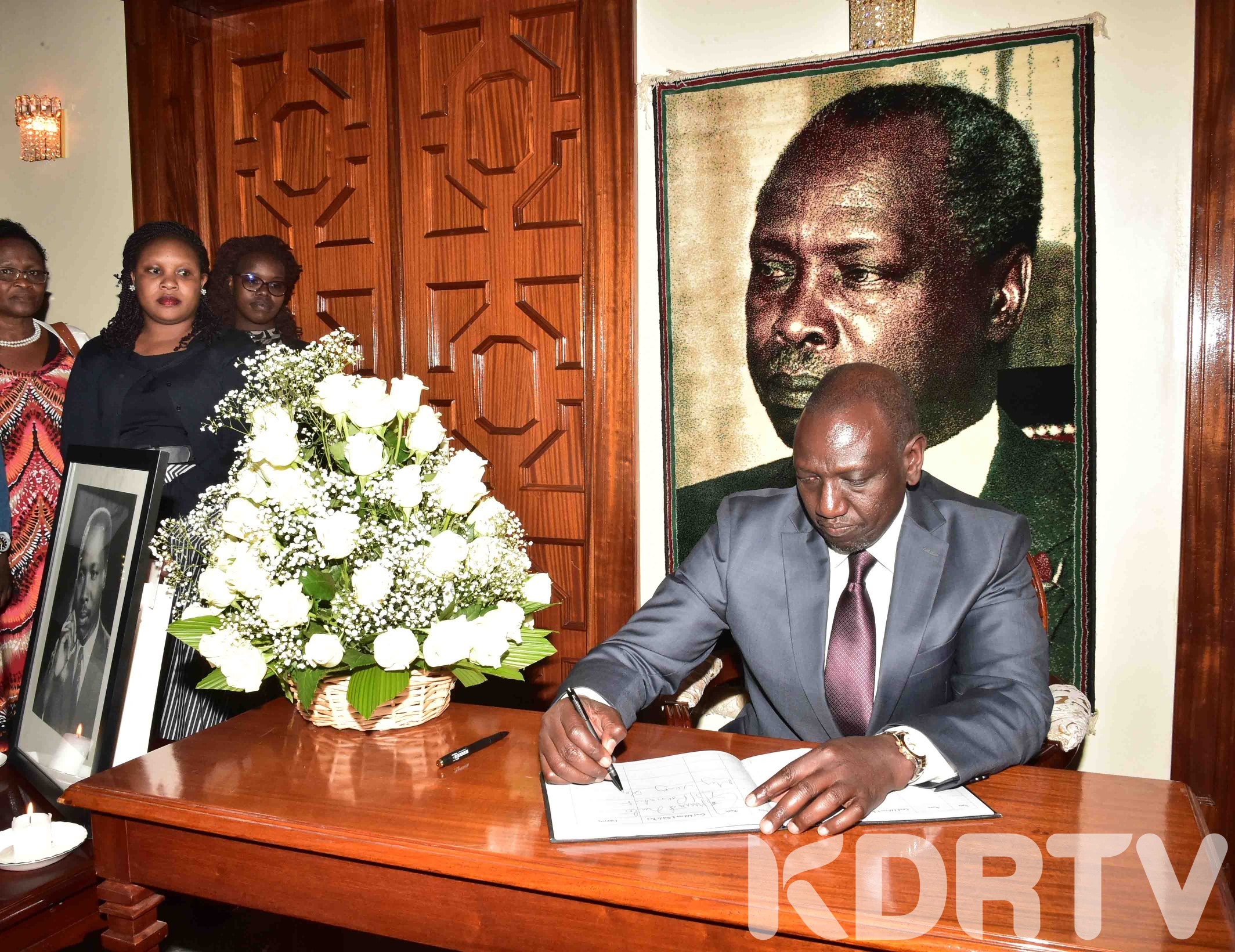 (KDRTV) – Deputy President William Ruto was not allowed to see Mzee Daniel Moi’s body at the Lee Funeral Home on Tuesday, a local daily has reported.


Ruto was told that the body of the former President, who had passed away a few hours earlier, was being embalmed by pallbearers from the Kenya Military Police and therefore he could not view it.

It is not clear if this was true or someone just wanted to humiliate the DP.

This is not the first time that the DP has been blocked from seeing Moi. In May 2018, Ruto was kept waiting for hours at Moi’s Kabarak home but still failed to see him.

Moi’s family released a statement saying the DP visited at the wrong time when Moi was undergoing a routine medical check with his doctors.

Read also: Moi’s Funeral to be a Public Holiday?

Last year, Ruto opted to visit the home of the Late Jonathan Moi in Kabimoi, when all other senior politicians were visiting Kabarak to condole with Moi. It is believed he did this to avoid another humiliation at Kabarak.

On Tuesday, Ruto arrived at Lee without any senior government official. Only former Minister Franklin Bett was present to receive him.

Earlier on, Interior CS Fred Matiangi and Chief of Defence Forces Samson Mwathethe had accompanied the Moi family to the facility. They left a few minutes before Ruto arrived.

In the absence of President Uhuru Kenyatta, who is the US for an official tour, it was expected that the DP would take a lead role in the burial preparations. But this has not been the case as Ruto has been sidelined leaving Matiang’i to take charge.

Ruto left for Kakamega immediately after leaving Lee Funeral Home. Back in Nairobi, the committee in charge of funeral preparations held its first meeting at Harambee House. Matiang’i, Mwathethe, Defence CS Monica Juma and IG Hilary Mutyambai were in attendance. The meeting was chaired by Head of Public Service Joseph Kinyua.

After the meeting, Matiang’i, Mwathethe and Mutyambai went to Moi’s Kabarnet Gardens home to brief the family on the government’s plans.

A few hours later, Ruto also found his way to Kabarnet Gardens to condole with the Moi family. He was doing this in his personal capacity and not as a representative of the government.