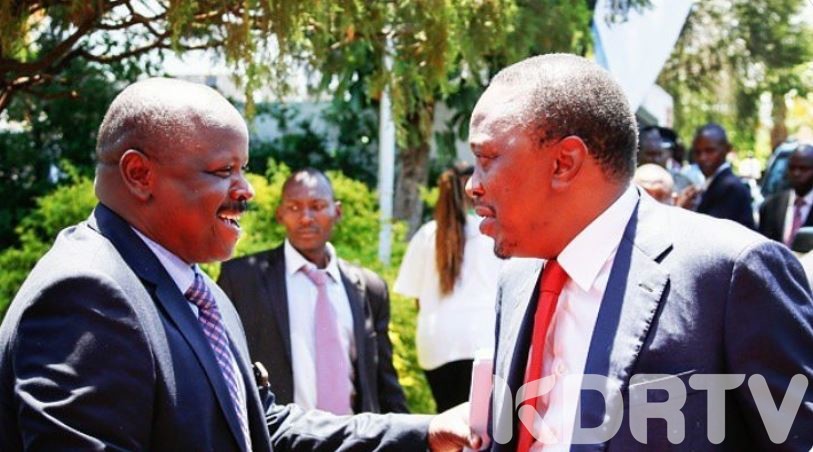 There were unconfirmed reports that the meeting had not happened as had been alleged in several media outlets. A letter purporting to be from the governor claimed that he had travelled from his Tumoi home to an undisclosed location in Nairobi with his wife.

However, the Governor has now revealed that he met Uhuru at State House and they agreed to work together.

“The Party Leader Hon Isaac Rutto met with the President H.E Uhuru Kenyatta and agreed in principle that the two parties work together in the interest of peace, cohesion and development in the country,” Rutto’s aide Kiprotich Samoei told the Standard Newspaper.

Ruttto’s meeting with the President is another blow to DP William Ruto who continues to be sidelined by the government he helped form.

The DP and the CCM Party leader fell out in the run-up to the 2017 elections and it is believed the DP played a role in Isaac losing his Bomet seat to the Late Governor Joyce Laboso.

By working together with Isaac Rutto, the President is trying to cut the DP’s influence in Lower Rift Valley. Isaac is a Kipsigis, the largest Kalenjin subtribe.