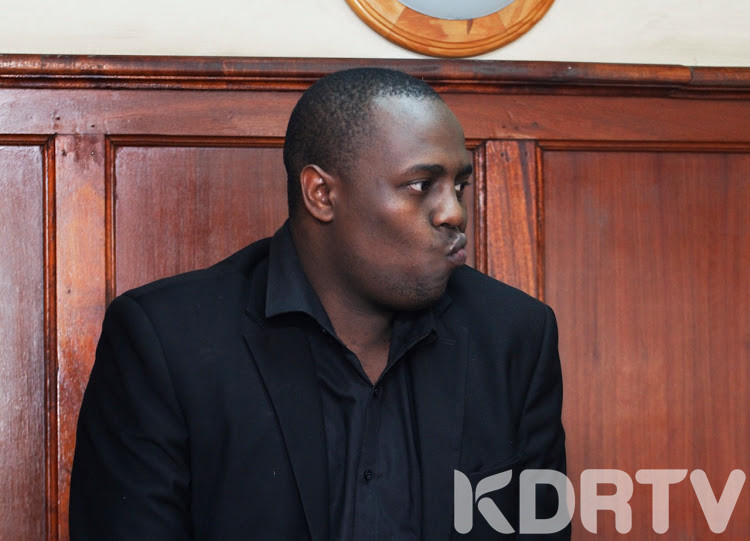 He was charged with forging a letter impersonating Interior CS Fred Matiang’i and using it to threaten the complainant who is also Wendy’s mother, Magdalene Mbele.

He was arrested on Monday last week after DCI issued an arrest warrant against him a week earlier.

Mwangi shot to the limelight in August when the acrobat blasted him on live TV for exploiting her and pocketing monies made from shows all over the world.

Speaking to Citizen TV, the girl noted that her family has been living in abject poverty because she did not receive her dues.

Her mother on the other hand acknowledged receiving small amounts from the suspect but they were not enough to make ends meet.

Read Also: Flourishing Rugby Career For Players Alex Olaba And Frank Wanyama Comes To A Halt After Being Handed A Tough Sentence

In a series of damaging tweets, Mwangi divulged little known details about the teen acrobat, noting that she was in need of guidance.

Detectives based at Child Protection Unit had been probing the matter for a month prior to his arrest.