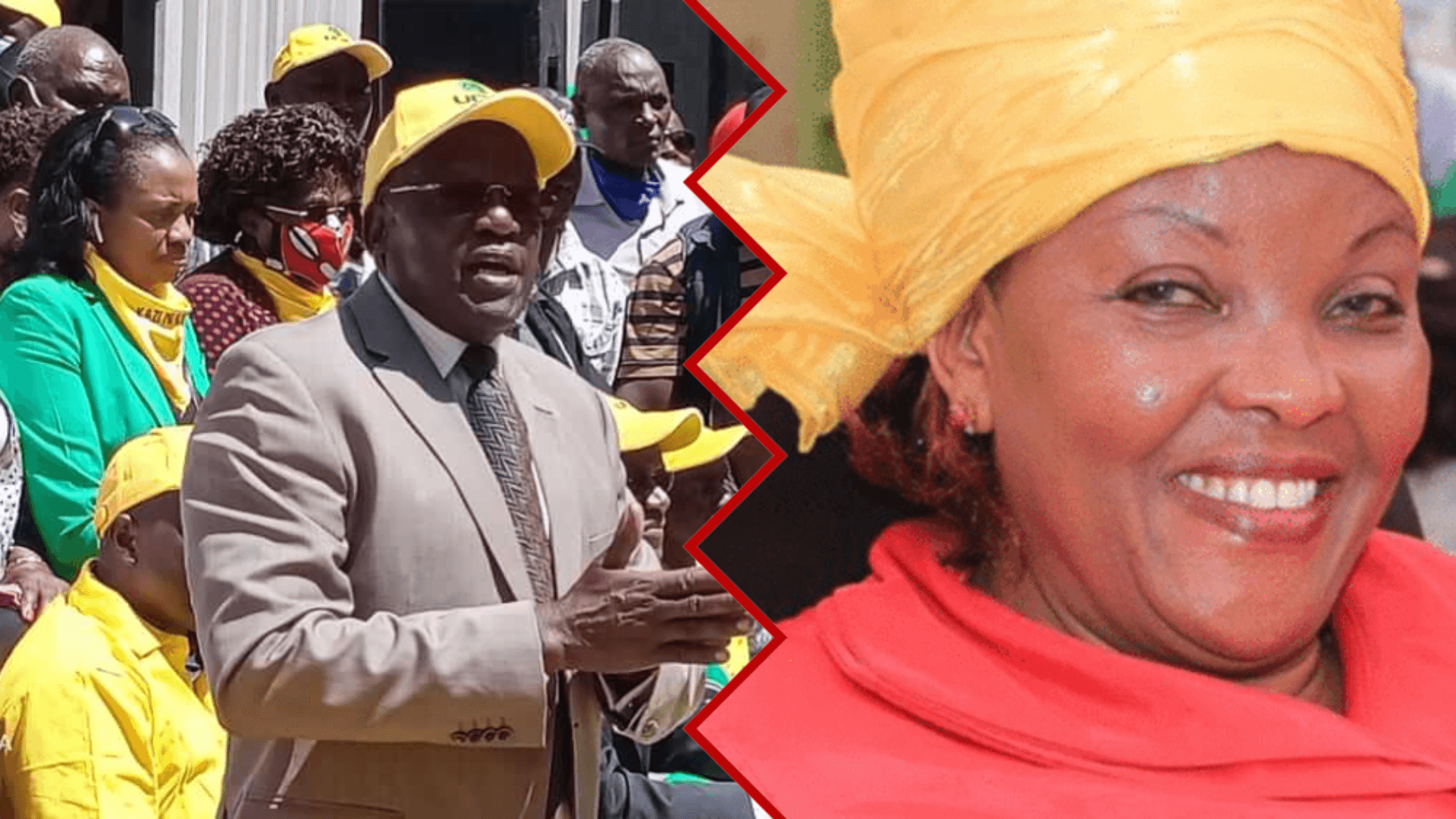 The thinking in the Kalonzo Musyoka-led party is that the newly launched United Democratic Alliance (UDA) is likely to clear Muthama to vie for the seat he declined to defend in the 2017 elections. Therefore, his only weapon will be his estranged wife.

Wiper national organizing secretary Robert Mbui told journalists on Sunday that they have cleared Mrs. Muthama and are ready to teach the former lawmaker a lesson.

“We have Agnes Muthama on our side and she is a strong candidate and already has given us all Muthama’s secrets and we will floor him very early morning,” the Kathiani MP said, adding that fielding Kavindu would be the last nail on Muthama’s political career.

However, Muthama has not publicly declared interest in the by-election. In fact, the veteran politician has been meeting politicians who are interested in flying the UDA flag in polls slated for March 18.

In company of Hon. @DrMunyaka, Hon. @Hon_Kawaya and Hon.@HonNimrodMbai, we have had a consultative meeting with H.E the Deputy President @WilliamsRuto and Machakos Senatorial By-election Hustler Movement affiliated aspirants.

Kavindu was a candidate for the Machakos Women Rep in the 2017 elections, coming second with 96,000 votes despite running on a Jubilee ticket.

She was also a member of the BBI taskforce and might campaign as a handshake candidate, an antidote to the Hustler Nation venom.

Muthama declined to defend his Senatorial seat after falling out with Kalonzo, paving way for Boniface Mutinda Kabaka to be elected on a Chama Cha Uzalendo (CCU) ticket. Kabaka passed away last month.

He has since established himself as Ruto’s point man in the Ukambani region to the chagrin of Kalonzo.