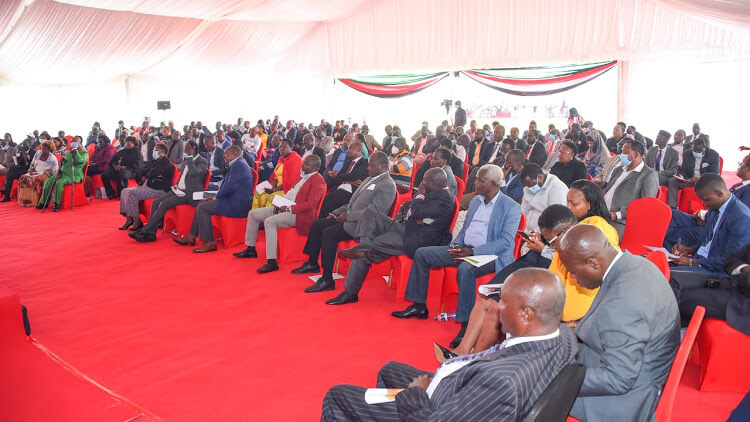 Jubilee party headed by President Uhuru Kenyatta is seriously under siege after more than 100 MPs allied to DP William make good their threat to starve the party.

The lawmakers now want that their monthly Jubilee party salary deductions to be halted this month.

The National Assembly Clerk Michael Sialai confirmed that on Wednesday he received more than 100 requests from MPs to halt the dues to the ruling party.

The majority of the MPs requested Sialai that their money be directed to welfare group Kazi ni Kazi, an affiliation of the United Democratic Alliance will is linked to DP Ruto.

KDRTV has also established that the legislature is now weighing mass resignation to allow them to create another party.

The National Assembly Clerk said that the members have the mandate to advise him on how to apply their party dues.

“Once such application is made and duly signed, the clerk acts as directed,” Sialai said to The Star

The legislature arrived at the approach after a Tangatanga meeting that was attended by more than 130 MPs.

During the convention, the attendees faulted the state of intimidation and endangering their lives.

The MPs also accused the party of misusing the party funds and that the only wing of the party that is operating is the disciplinary committee.

However, Jubilee Party Secretary-general Raphael Tuju said that the party is not threatened by the MPs move, however, he said the party will take legal actions against errant members.

At the same time, the MPs said that the UDA and PDR were parties of Jubilee and thus they are not facing any resignation.