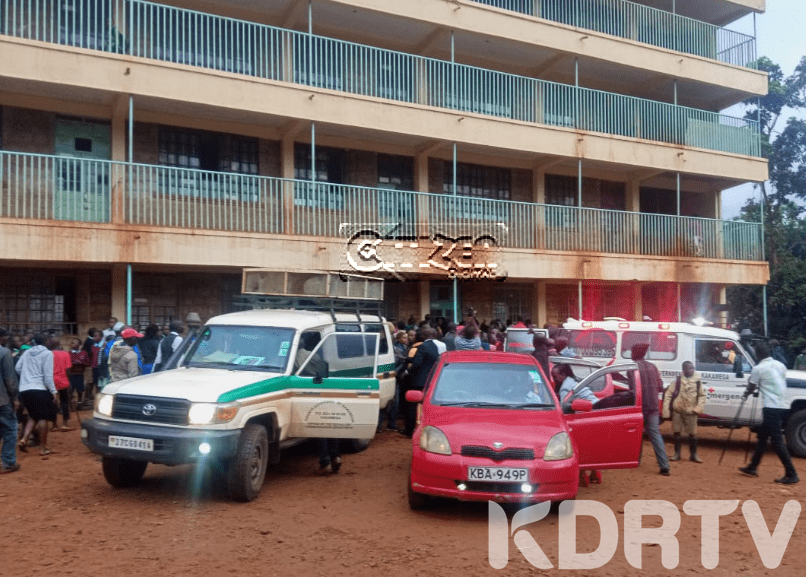 (KDRTV)-Salma Bilal, a Kakamega school stampede survivors died hours after leaving ICU and given a discharge from Kakamega County Teaching and Referal Hospital

The Kakamega school closed for one week to allow police to investigate the incident later opened on Monday.

However, the parent who escorted their children back to the school revealed that their kids were still scared following the incident

Though the probe is still on, some witnesses said that the teacher on duty canned som children shortly before the home-time bell rang

The autopsy reports revealed that many of them succumbed to suffocation

According to the county pathologist, Bilal had problems of the lungs caused by the pile-up of pupils during the stampede