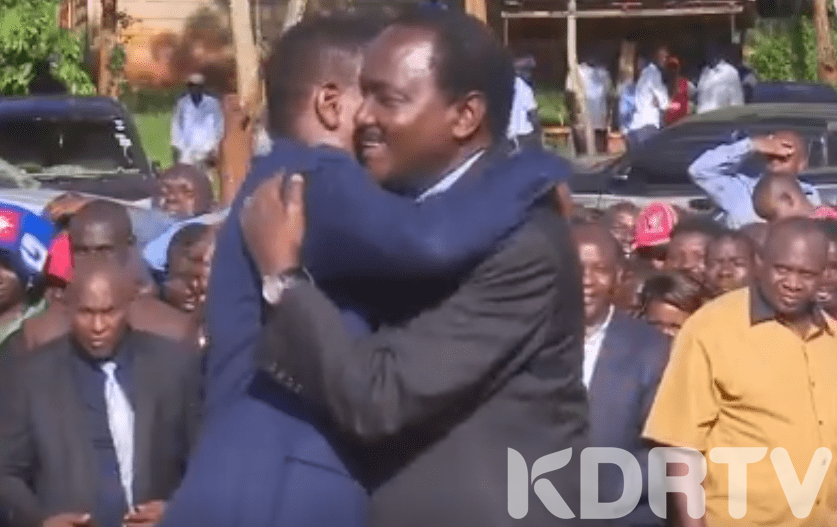 The duo met during a funeral at the late John Mulwa, a former KANU official and businessman, in  Machakos where they vowed to work together

In viral footage, that was shared on social media, the two shook hands and hugged each other as a sign of unity

Mutua then faulted propagandists of spreading rumors focussed on splitting them, while he noted that United Ukambani would bring notable development in the region

“I respect Kalonzo Musyoka. We have disagreed ideologically. As the Kamba Nation, we have to examine what the BBI has for the Ukambani region, this can only be realised when the Kamba nation is united. We shall talk about politics in future after addressing the needs of our people,” Mutua was quoted by the Nation.

Previously, during escalated political antagonism between the pair, Mutua asked Kalonzo to retire saying that his time was up

Mutua, who had announced his 2022 presidential bid said that Kalonzo has led the Ukambani people during his time, however, political spectra have changed and thus Ukambani people need to front a new leader since Kalonzo tactics are outdated

“You need a person who is wanted by the Kamba people and many other communities to become president,” said Mutua

Mutua said that currently, he is an effective leader for the Ukambani people since he enjoys political backing from across the country.

“There is no other Kamba leader currently who can be voted by all communities in Kenya to become president, apart from Alfred Nganga Mutua.