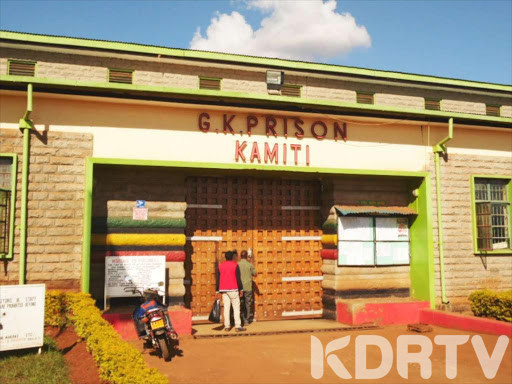 The management at Kamiti Maximum Prison is investigating an incident in which one of the senior wardens was arrested with huge amounts of contraband.

The officer, whose name has been withheld and who is believed to be more than 50-years-old, was arrested with 12 litres of chang’aa, 40 mobile phones and packets of condoms. Kamiti is mainly a male inmates’ prison meaning your guess is as good as mine on what the condoms were meant for.

There have been numerous allegations and rumours about sodomy and rape cases in Kenyan prisons. Could the condoms be an eye-opener on what goes on inside there?

Reports on a local daily revealed that the warden was also arrested with 675kgs of bhang. We could not substantiate these claims since it is impossible to transport such a huge amount of bhang without a lorry.

The development comes just a day after riots erupted at the facility as inmates clashed with wardens over an impromptu contraband mop-up exercise.

According to sources, some of the inmates refused to surrender contraband to the wardens on Monday morning.

Prisons spokesperson Dickson Mwakazi told the media that the inmates refused to take their morning porridge. Some of them climbed roof-tops, forcing the management to suspend prison visits.

Anti-riot police were called in to calm the situation

Kamiti is one of the largest prisons in Kenya, home to some of the most hardcore jailbirds.

In the past, inmates have been found with laptops, internet modems, sim cards and mobile phones.

These are tools they use to commit several cybercrimes and swindle members of the public despite being in custody.