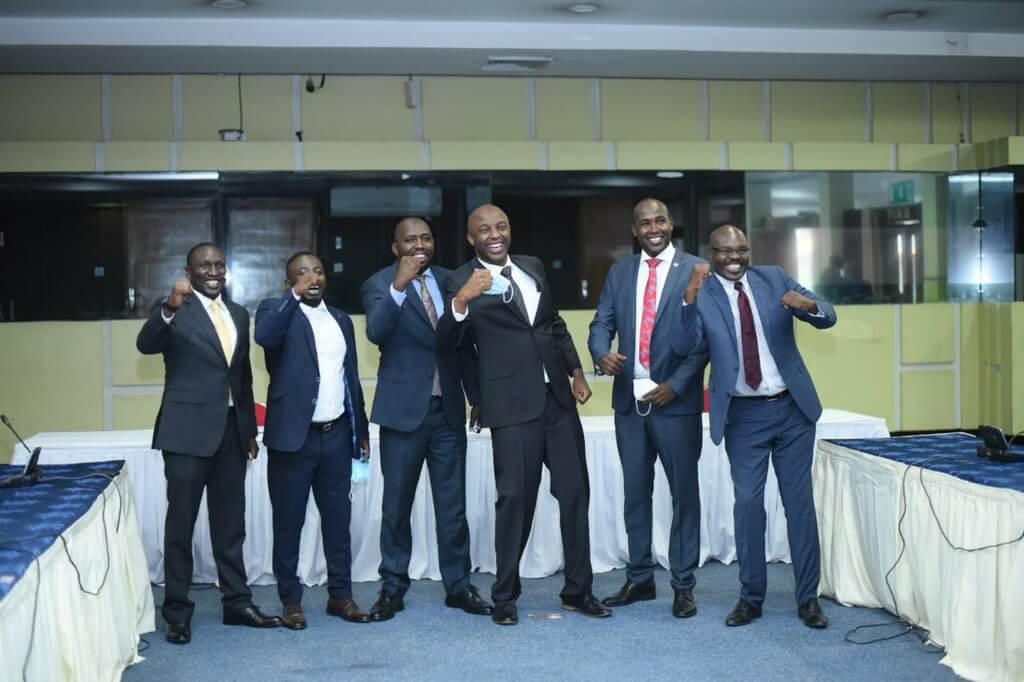 (KDRTV) – Senate Majority leader has claimed that he is being persecuted because his parents were nobodies, hustlers in other words.

Kang’ata goose is as well as cooked after t the Jubilee Party resolved to strip him of his position from house leadership.

“All senators who have spoken in that meeting have supported me. We should not use BBI to divide our people. I am now noticing that this problem seems to have started after handshake, now imagine the guy of handshake becoming the president of this country, ” Kang’ata said on Tuesday.

However, the Jubilee Tangatanga team claims that their Kieleweke counterparts did not have the numbers to remove Kang’ata.

According to Elgeyo Marakwet Senator Kipchumba Murkomen, Jubilee did not sent Kang’ata a show-cause letter of the mistakes that necessitates his removal.

Kipchumba Murkomen: We will accommodate Isaac Mwaura & Sen. Kang’ata. We will stand with Sen. Kang’ata & evidence be tabled including numbers & signatures that signed his removal. Sen. Kang’ata remains Majority whip in the senate. The people running Govt. are now the minority pic.twitter.com/34MB1pxibK

All the Senators who spoke At Tuesday’s PG meeting defended Kang’ata.

KDRTV has reliably been informed that the meeting ended prematurely without members taking a vote to determine Kang’ata’s future.

Tuju, who addressed the media a few minutes after the meeting, said that the decision of the party will be communicated on the floor of the house by Senate Speaker Ken Lusaka.

The former Rarieda MP claimed that Kangata’s removal has nothing to do with the letter he wrote to President Uhuru Kenyatta.

“Kang’ata has tried to give the impression that the reason why he’s being released of his responsibility has something to do with the letter he wrote the president which is not true. The manner in which he did it was wrong,” Tuju said.

He declined to reveal the number of Senators who endorsed Kang’ata removal.