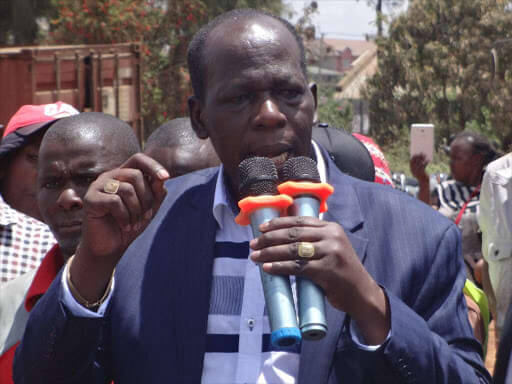 (KDRTV) – Juja MP Francis Munyua has passed on, his family has confirmed.

The lawmaker has battled brain cancer for more than three years.

In September 2017, Munyua, who is fondly known as Wakapee was diagnosed with Stage 2 Brain Cancer. The diagnosis was accidental as he had shown no signs of illness.

In a previous interview, the lawmaker said he was encouraged by his mother (who had battled brain cancer for 10 months) to undergo screening.

The lawmaker spent seven weeks undergoing treatment in India in 2017. He spent most of last year battling the disease.

Wakapee lost his sister Cecelia Wambui, to Liver cancer in 2016.

The father of four is the third lawmaker to die in the past week following the demise of Garissa Senator Yusuf Haji and Bonchari MP John Oroo on Monday last week.