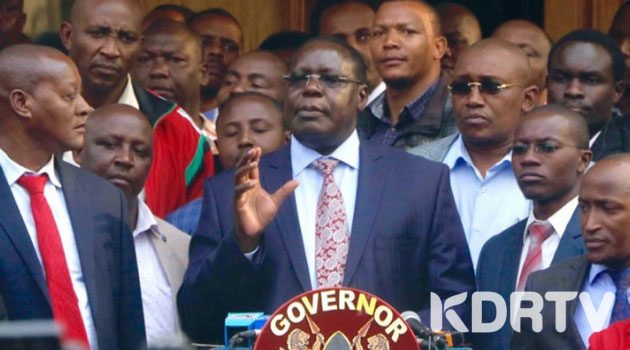 The Kiambu County Deputy Governor James Nyoro is set to be sworn on Thursday, January 30 as the Governor as the Senate approved  former Governor Ferdinand Waititu`s impeachment

This come bares hours after former Governor Waititu was impeached

Waititu was impeached on Wednesday, January 29, after 27 senators voter to oust him with only 11 votings to support him