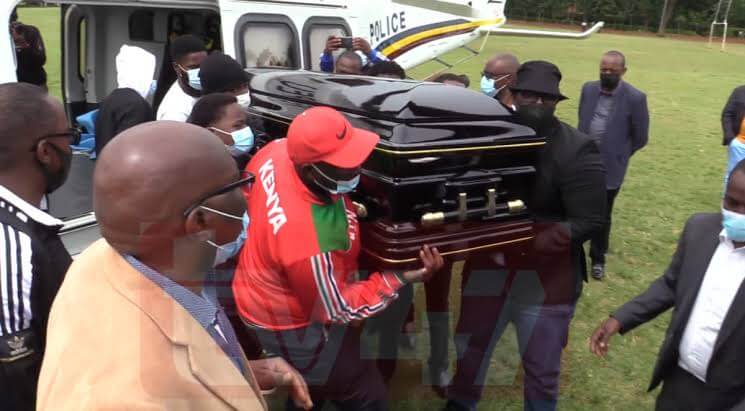 (KDRTV) – A Kisii Politician has been arrested for allegedly mobilizing some youth to heckle a section of leaders during the burial of Former Cabinet Minister Simeon Nyachae.

Former Kisii Town Mayor Samuel Omwando spent Sunday night at Kisii Police Station after detectives got Intel that he was planning chaos at the ceremony. He was arrested alongside some unidentified youth with officers declining to reveal their alleged offences.

President Uhuru Kenyatta and ODM leader Raila Odinga are set to grace the funeral of the longserving politician who passed away early this month.

Deputy President William Ruto has not confirmed attendance. Ruto is a close ally to Charles Nyachae, the eldest son of the deceased and is expected to attend.

This will be the first public event where the three leaders will share a podium even as the BBI Referendum seems to have divided them and their supporters into different camps.

Security has been beefed at the Gusii stadium where the ceremony will be taking place and at Nyachae’s rural home.

Police chiefs say the funeral is an official state event and therefore no one will be allowed to cause chaos.