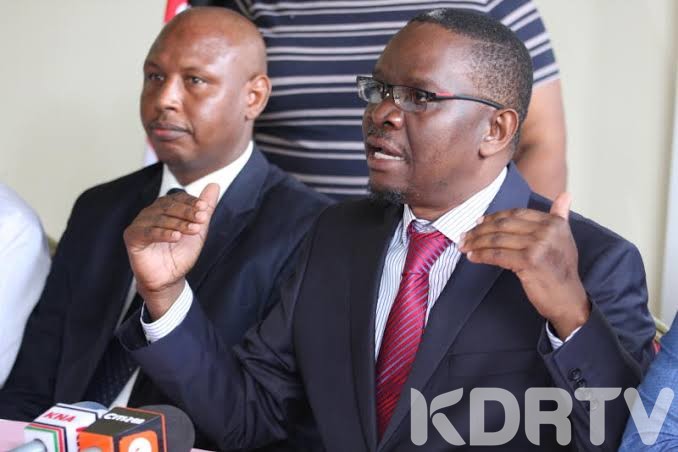 The construction of the Multi-Billion shilling lake Basin Development Authority Mall in Kisumu has unveiled criminal activities and fraud that were ongoing throughout the project.

The probe into the construction of the Mall revealed that at least 19 people were involved in fraud through inflating the quoted price from Sh2.5 billion to Sh4.1 billion shillings.

Among the culprits caught on the spot were Kisumu county Speaker Onyango Oloo, Bobasi MP Innocent Momanyi and other executives who awarded the contract irregularly to Erdemann properties Limited who had inflated the initial cost.

“The Mall project was to cost Sh2.5 Billion but by the time it was completed, Sh4.1 billion was alleged to have been used. This amount was inflated by certain officials who aimed to satisfy their interests without following due process,” said the Prosecution.

According to the prosecution, it has gathered enough evidence as proof of the fraud that took place during the project with additionally lining up 65 witnesses to ascertain the level of  theft that took place.

The Iconic LBDA is situated along Kisumu Kakamega highway and has been encumbered by different forms of controversies and mismanagement.

The prosecution estimates that about Sh1.5 billion was lost through the mall project and it was fed to the pockets of the officials who were in charge.

Ideally, the directors of Erdemann Properties Ltd were awarded the contract illegally through soliciting bribes and political calls.

The charge sheet involving the case detailed the commencement of fraud from the bidding stage, where the company was proposed by top officials and never debated.

It was then awarded knowingly, despite awareness of the inflation of the amount.

“The suspects are charged for willfully failing to comply with procurement regulations by irregularly awarding the contract to the sited company,” read the charge shit.

With the Kisumu Port and the expected project that was approved by World Bank coming to place, fraud and irregular awarding of tenders should be crapped out and the suspects charged heavily to avoid a repeat of the same.