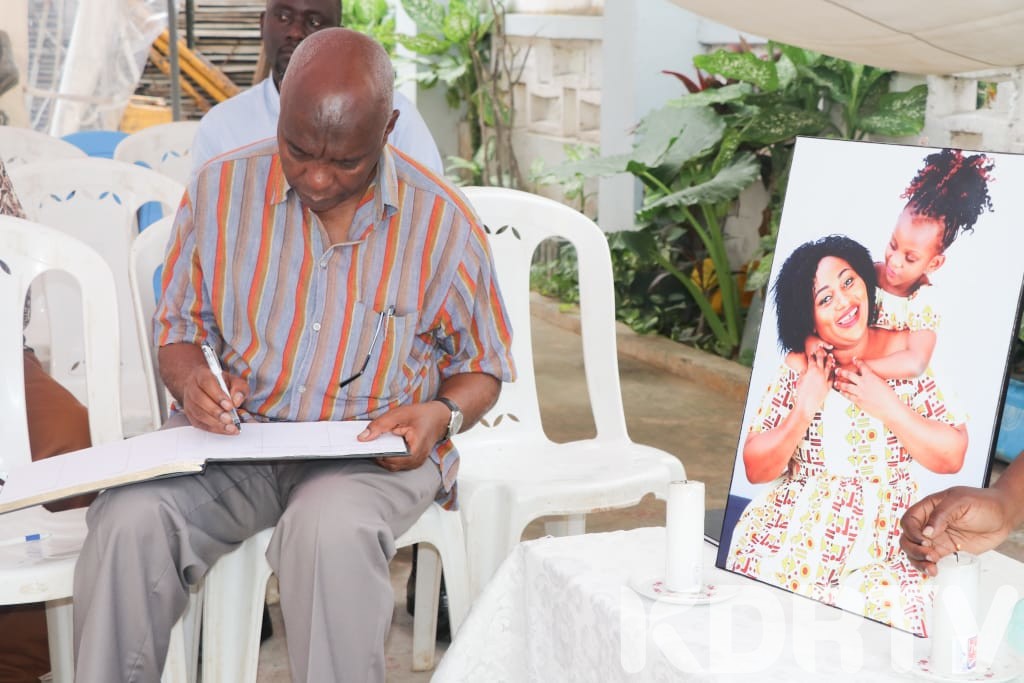 John Wambua, the bereaved husband of Mariam Kighenda, the woman who drowned in the Likoni Channel, is on the spot for following up on the insurance payout even before the bodies of his wife and daughter were retrieved from the sea.

According to Daily Nation, Mr Wambua called his agent to follow up on the comprehensive insurance for the car that plunged into the Indian Ocean with his wife and four-year-old daughter on October 7, at least five days before the car was recovered by the multi-agency team on 11th October.

It was not even until two days later that government spokesperson Cyrus Oguna confirmed that the multi-agency team had located the wreckage of the Toyota ISIS car. In other words, there was no assurance that the car would be found.

This has raised conspiracy theories on whether Wambua was really mourning the demise of his children or he was just interested in getting paid for the loss of his car.

As we were cheering courageous Divers, jeering our Kenya Navy & Kenya Ferry Services for ineptitude over #LikoniFerryTragedy , John Wambua, husband to Mariam & Dad to Amanda was busy pursuing insurance claim for his lost car! I don’t know John Wambua but I think he is heartless!

On Monday, Mayfair Insurance Company handed over a cheque of Ksh 682,500 to Mr Wambua after inspecting the car.

The firm’s Mombasa branch manager Priya Shah confirmed that the claim was made on October 7 and it took only a week to process it especially after inspecting the car on Saturday. The vehicle was retrieved from the sea on Friday 13.

“We are here to condole with the family of Mr Wambua and also hand over the cheque of the insurance claim he had made,” said Ms Shah when she visited Mr Wambua’s house in Tudor.

Meanwhile, Kenya Ferry Services (KFS) have also issued the family with a cheque of Ksh200k, money they say should help the family plan for a proper send-off for their loved ones.

Now, checks have emerged online from Kenya Ferry (I invite Kenya Ferry to Verify) compensating the family of the late Mariam Kighenda and Amanda Mutheu ksh200,000 following the loss of their loved ones. This is admitting liability, as such they should be sued for negligence pic.twitter.com/cGo8xh3k72

Funeral preparations have stalled because of the delay in the postmortem of the bodies. The autopsy was set to happen yesterday but there was no government pathologist.

I condoled with the family and friends of John Wambua at their home in Tudor, Mombasa on the loss of Mariam and Amanda #LikoniFerryTragedy. I express my earnest commiseration and prayers to the family. pic.twitter.com/aio1E0L59j

Mr Wambua said that though the family had hired their own pathologist, the police had insisted on including a government pathologist, who, by last evening, had not arrived.

“The burial is being delayed because of the autopsy. I have been at the police station the whole day and up to now we have not seen the government pathologist,” he said.