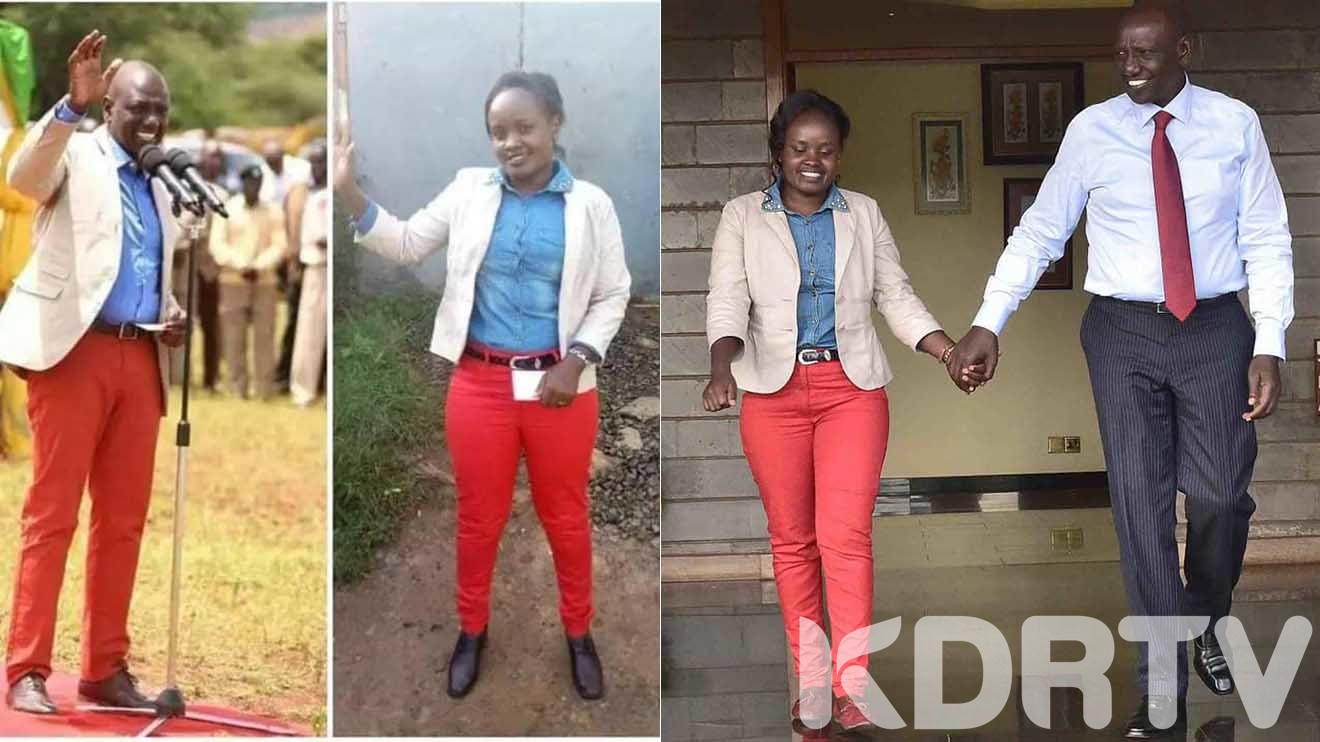 In pictures circulated on social media, Jepkorir was pictured rocking the same outfit that the DP had earlier worn, making almost similar gestures.

The social media was at a frenzy, with majority of the users tagging the DP and his team, pointing out the resemblance and asking the DP to schedule a meeting with her.

READ ALSO: Two Years Later Its Business As Usual For Jubilee And Uhuruto As Bodies Of Their Top Supporters Decompose In Lake Nakuru

On Thursday, sources close to KDRTV learnt that the DP had scheduled a meeting in his Karen office where he met the young lass.

Through the DP’s PR team, the pictures of the two were circulated on social media where they were captured in a conversation, dressed in the attire she had emulated, red pants, a blue denim shirt and a cream coat that matched those of the DP.

Social media users were appalled and filled with mixed reactions as others wished they were in her shoes.

One Peter Ng’ang’a said that he wished he was the one, adding that he would pose his own challenge.

“Just like that the woman has met the DP. I wish I was the one. I will start my own challenge soon,” said Ng’ang’a.