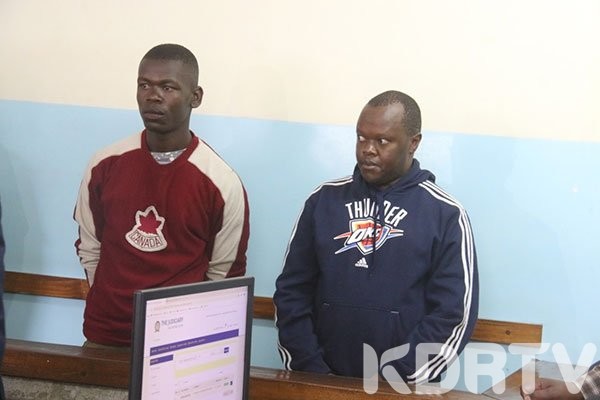 Major Peter Mugure’s mother never knew her son was married and had two sired two children.  The officer’s mother has claimed that her son never had friends but kept to his books.

‘In 2005 he came with Joyce and told me once he cleared school he would marry her,he told me he had spoken to her mother at the time,’ Hannah said.

The elderly woman said she was devasted on hearing that her son had two kids; ShaniceMaua and Prince Michael, whom she had never met.

Mugure is the main suspect in the murder of his wife and kids, who were found in a shallow grave on Saturday evening. Police believe they were murdered at Laikipia Barracks.

An autopsy carried out on Wednesday revealed that Syombua died from bleeding injuries resulting from being hit on the head by a blunt object. Her two children were strangled by a rope.

“The bodies were decomposed. We are still going to identify them scientifically to confirm their identities,” said Chief Government Pathologist Johansen Oduor who conducted the autopsy in Nanyuki.

A witness has told detectives that he was promised a job in the military to dump the bodies.

Detectives investigating the case said they found documents; academic certificates and a resume in one of the houses at the army barracks.

Mugure and his co-accused are currently in custody after the court allowed police to hold them for 21 days.