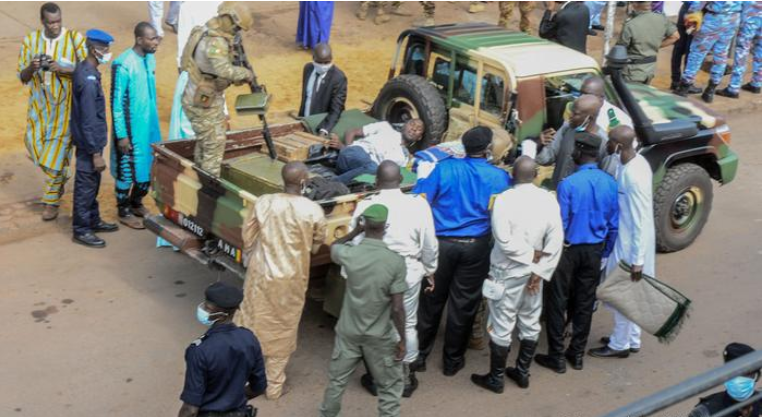 The man who attempted to stab President Goiata was arrested immediately

“During the investigations… [the suspect’s] state of health deteriorated,” the government said in a statement

The government has announced that an autopsy is being done to establish the cause of death of the suspect.

He escaped the attempted attack during Eid al-Adha prayers in the capital Bamako.

The presidential security officers threw the man into the back of a military pickup truck as the President was surrounded and taken away by heavy security.

The authorities said that the health of the suspect deteriorated during investigations and was taken to the hospital where he died.

The interim  President had served as the vice-president to the transitional leader Bah Ndaw until he was ousted in May after the second coup.

The first coup organized by Col. Assimi Goita led to political turmoil in the country as a result, the junta overthrew President Ibrahim Boubacar Keita in August 2020.