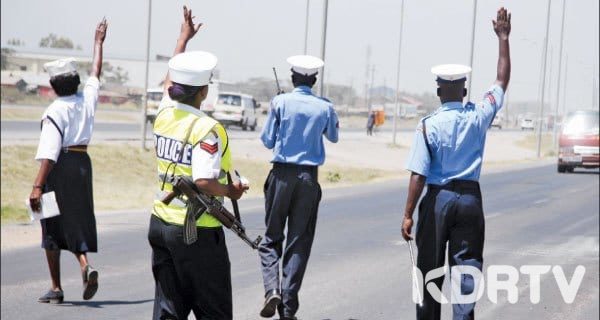 The recent crackdown on matatus has led to the arrests of close to ten drivers along Limuru road route.

The drivers were found on charges of negligence and over speeding putting the lives of people in danger.

Yesterday, police organized a random  crackown on vehicles along limuru road and the same problems experienced in the past were encountered.

The passengers had not belted up and some vehicles had faulty safety belts.

Ideally, the drivers were not in uniform, lacked their diving licences and over sped.

This led to an arrest of almost 10 drivers, some of whom were charged and released.

Early this year, the government had instituted implementation of traffic rules, where all vehicles were given mandatory  expectations.

The period saw to it that all vehicles were fitted with speed governors as well as seat belts and other outlined necessities.

Vehicles that did not conform to the same were to be suspended and owners charged.

This was due to the increased number of accidents that had hit the country due to careless driving and negligence.

Well, it seems the period was short lived and the rogue drivers and vehicle owners have gone back to their old ways.

The crackdown was on hold, with passengers not caring to belt up when travelling.

Other vehicles also lacked speed governors and against the traffic requirements.

A recent case of a passenger being thrown out of a moving vehicle caused uproar as she sustained serious injuries and is stranded on a wheel chair unable to walk.

Traffic rules and regulations are not supposed to be operational only under a crackdown but full time.

Through this, accidents are curbed and order restored on roads.

Therefore, the drivers as well as passengers need to be vigilant and ensure the rules are put into practice accordingly.