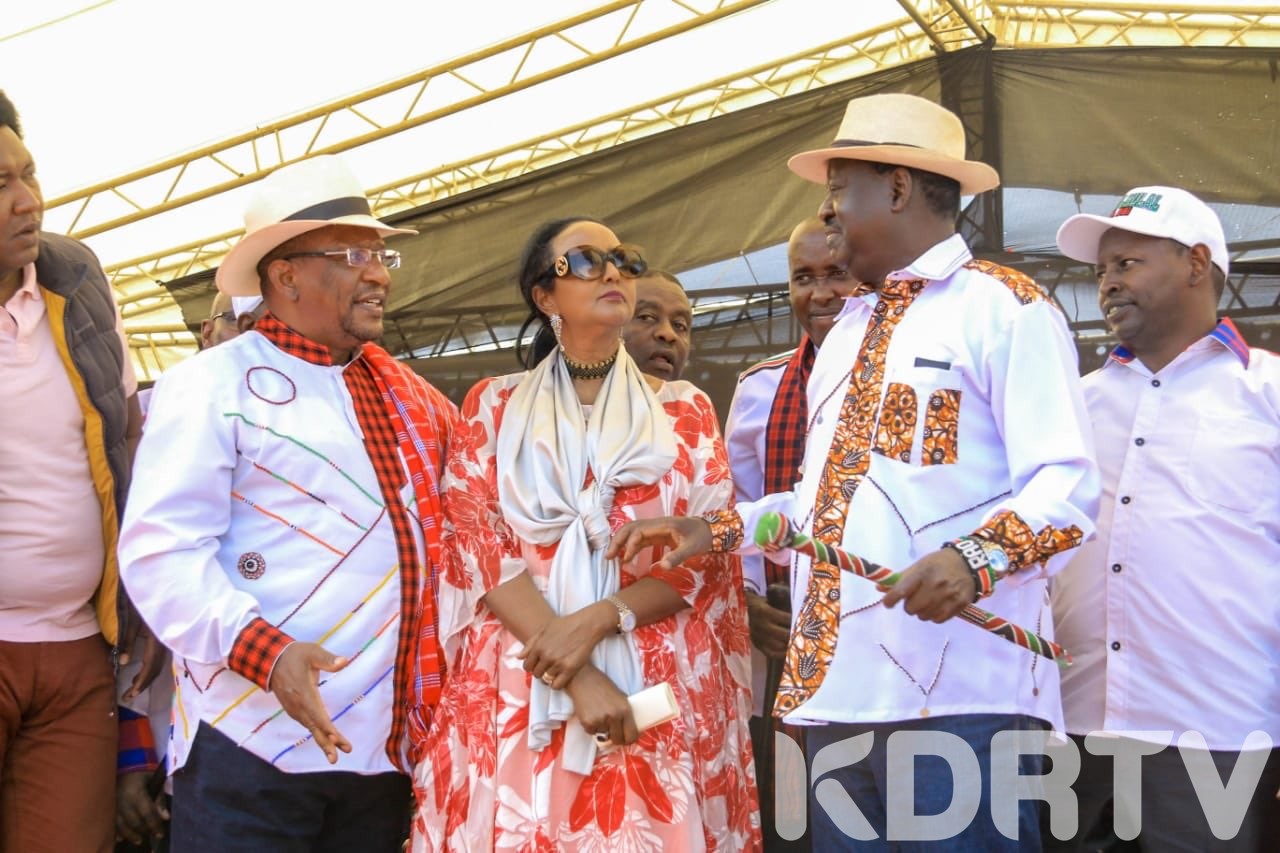 (KDRTV) – A section of Meru clerics has warned that they will not attend this weekend’s BBI rally if ODM leader Raila Odinga will not stop using the ‘nobody can stop reggae’ song at the meetings.

The song, sang by the late South African Reggae musician Lucky Dube, has become the official anthem of the BBI rallies with Raila Odinga dancing to its tunes at every meeting.

But clerics from Meru now claim the song is unchristian and they don’t want it to be played at any of the meetings.

The BBI train will make a stop at the Kinoru Stadium, in Imenti North on Saturday. It seems some people will not attend.

“If the BBI is about reggae we will jump out. It is not a gospel song. What reggae are they talking about? As Christians, we want to support an initiative that brings all Kenyans together,”  Bishop of Jesus House of Praise Kiogora Magambo told a local daily.

The no-nonsense man of God further claimed that men of God can stop reggae.

Reverend James Kimathi of Presbyterian Church of East Africa (PCEA) claimed that saying nobody can stop reggae was tantamount to praising other gods. He said the BBI report should be ‘anchored in Godliness because Kenya is a God-fearing nation.’

Yesterday, Deputy President William Ruto said that he will stop reggae if the BBI rally is all about inciting Kenyan communities against each other.

“If this story we are being told about nobody can stop reggae… If the reggae is what we are seeing; the ethnicity that is being preached in BBI rallies and the ethnic profiling of communities, and the hate and campaign of one community against the other. If that is the reggae they are talking about… My friend reggae shall stop. We shall stop it,” Ruto said during a church function in Embu.

Read Also: My Life is in Danger- Ruto Runs to Matiang’i for Protection

The DP further accused proponents of the reggae tunes as Bhang smoking people who don’t believe in God.

“We are not going to be blackmailed or threatened or victimized by people who don’t believe in God,” he added.

Subscribe to watch latests videos
In this article:Headlines, Meru County, Nobody Can stop reggae, Raila Odinga