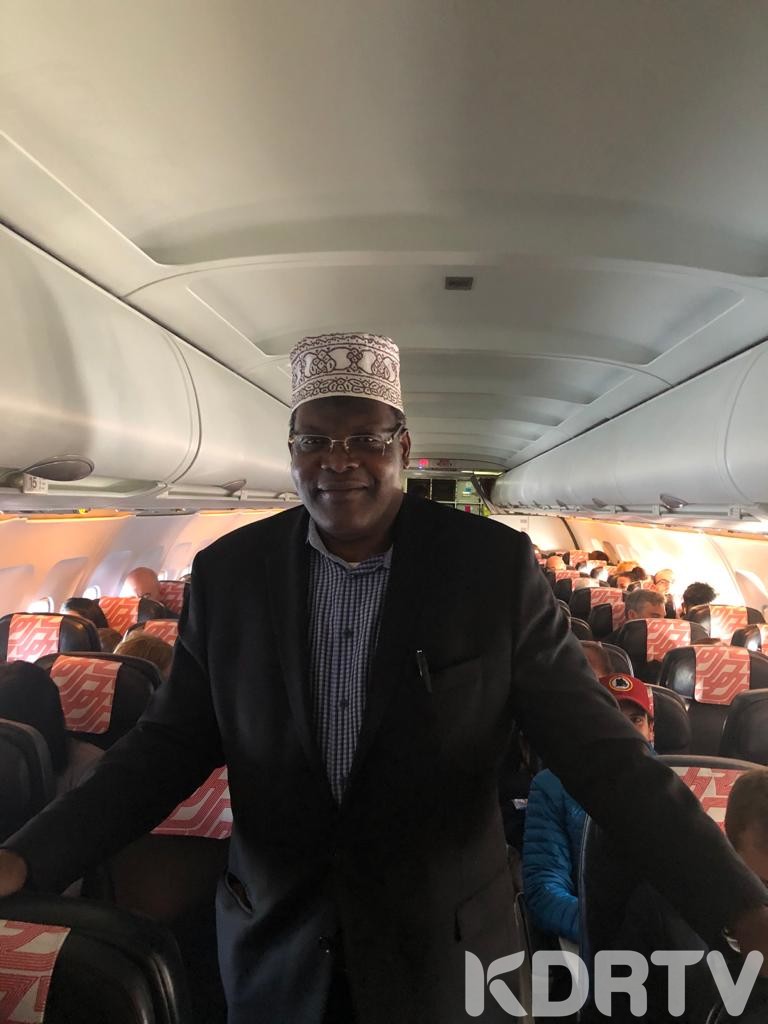 Miguna has complained that his journey in Kenya was to attend the burial of his father-in-law Mzee Benson Omollo Awange who was to be buried at Migori on Wednesday, January 2022.

Read also: Miguna Issues ‘Red Alert’ To Uhuru Ahead Of His Tour In London

He affirmed that he was left with no option and thus returned to Canada after the Kenyan government declined to follow court orders.

“Having waited for Uhuru Kenyatta and his appointees at the ministries of Interior and Immigration to obey court orders and revoke their illegal “red alerts” to no avail, I’ve no option but to return to exile in Canada. I’ll not surrender. The struggle continues. Viva!” said Miguna in a tweet on Tuesday.

Miguna Miguna traveLled to Berlin, Germany on January 5, 2020, ahead of his planned flight to Jomo Kenyatta International Airport (JKIA)

However, two flights flying to Kenya denied his chance to board the flights after the Kenyan government issued a red alert on him

This was the second time Miguna was attempting to enter Kenya after the court ordered the government to facilitate his return.

Read also: Sonko Rescue Team Could Not Rescue Sonko, What Of Miguna?

KDRTV once quoted the government through its spokesperson Cyrus Oguna on JKLive who referred to Miguna Miguna as unruly.

“Miguna was unruly and that went against international regulations put there by the International Civil Aviation Organization (ICAO) annex 17 which prohibits any unruly passengers to travel,” he stated.

On January 23, the High Court summoned attorney general Paul Kariuki to give his opinion regarding the disobedience to court orders by the government with regard to Miguna`s deportation.