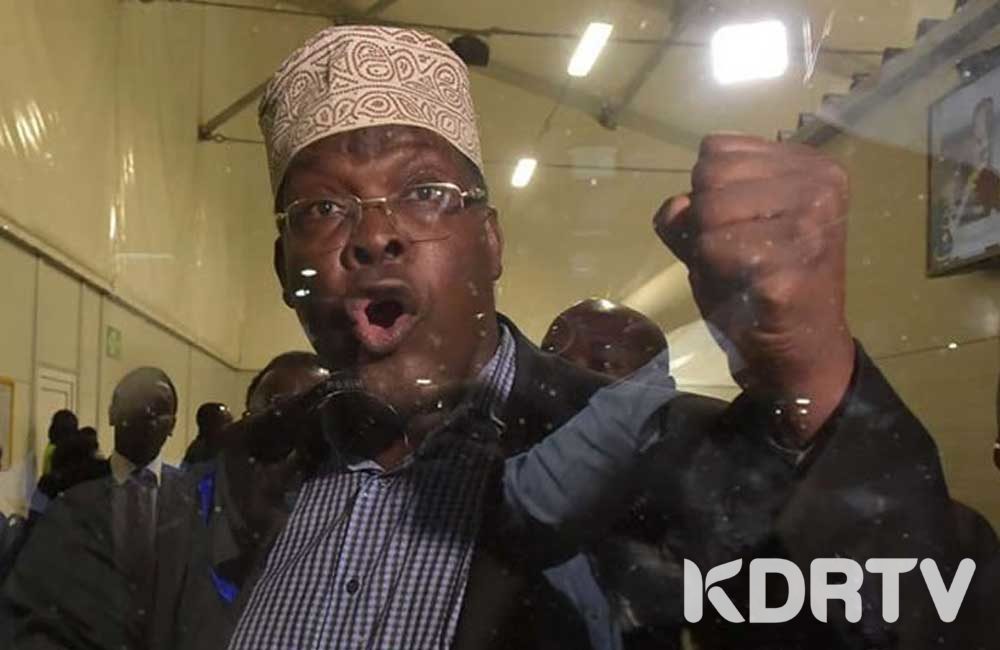 Exiled controversial lawyer and politician Miguna Miguna has finally decided to take action against Interior Cs Fred Matiang’i and other government officials over denial of citizenship.

Miguna who was deported in a frenzy and dramatic way after his house was raided in middle of the night and property destroyed has finally filed for a lawsuit.

In the papers presented to court, Miguna denied denouncing his citizenship with evidence that he was a Kenyan by birth.

Ideally, among the government officials charged were the Interior CS Fred Matiang’i Director of Criminal Investigations, the former Inspector General of Police Boinet, together with the migration officials.

According to the documents, Miguna was treated inhumanely and tortured before being taken away from his own country.

He has therefore taken the people responsible for his inhumane treatment and deportation to court stating that they violated his human rights and acted in contempt of various court orders.

This came after the 2017 general elections went sour, where he self proclaimed to be a member of the National Resistance Movement (NRM) aimed to paralize government activities.

Ideally, he orchestrated the famous fake swearing in where Raila Odinga was acclaimed as the people’s president through a mock swearing in.

The document in file is a 35 paged lawsuit, detailing all the happenings before his deportation and on the day of deportation.

Among the complains in the lawsuit include the breaking into his home and destroying property, being abducted and detained under inhumane conditions at Githunguri police station and failure to obey and follow court orders that directed for his release and freedom.

The government had termed Miguna’s presence in the country as illegal claiming that he had earlier denounced his citizenship and expected him to go back and apply for a new passport before getting back into the country.

The controversy on this was however,that he had been initially cleared by the Independent Elections and Boundaries Commission (IEBC) to vie among the aspirants in the Nairobi Gubernatorial seat.

The IEBC only cleared Kenyan citizens as part of the qualifications to run for any public seat.

Although the case details tough and high government officials, Miguna is hopeful that justice would be served and he is able to get back into his home country.