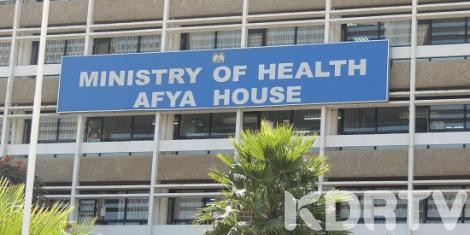 KDRTV-Multi Billion Medical Equipment Contract Probe in the Ministry of Health Kenya proving difficult as details of the contract are tabled before the Senate Health Committee.

Scandal after Scandal has engulfed the Ministry of Health as details now emerge of shady deals between the Ministry of Health and Contractors on the Medical equipment lease scheme a flagship project by the Jubilee Government now turning to haunt it back as corruption maybe the in the play because due process of procurement was not followed  and the Attorney General’s office was not involved in executing the contract.

The Ministry of Health made contracts with Foreign and local Medical Equipment Companies suppliers without involving the Attorney General’s Office a serious breach which the Kenyan Government and tax payers are poised to lose if the contracts are cancelled.

The Attorney General through the Solicitor General Ken Ogeto, while appearing before the senate Committee on Health were at pains to explain the lease of the equipment by the Ministry of Health which was also done without following the Government’s procurement laws.

This is coming in the backdrop of complains by the senate committee and Kenyans complaining that the contracts or lease is not giving the Kenyans their value for money which also culminated to the redeployment of the Cabinet secretary of Health, Ms Cecil Kariuki by President Kenyatta in his Mini-Cabinet reshuffle.